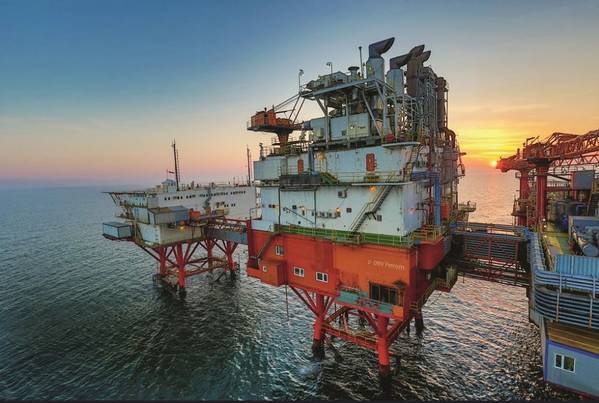 Romania's offshore gas tax that has held up big projects in the Black Sea is set to be revised by the first half of this year after repeated delays, Energy Minister Virgil Popescu said, paving the way for investment.

The tax on offshore projects is the last remnant of a series of restrictions on the country's energy sector that the government has so far failed to reverse.

But the three parties in Romania's current government agreed in their coalition program that the tax needs to be changed.

"We will have one more talk in the governing coalition and the offshore law will be changed in the current parliamentary session," Popescu told Reuters in an interview.

He added producers would still be required to keep 40% of gas output in Romania.

With Romania set to use European Union funds to phase out coal and replace it with gas, nuclear and renewable energy, time is running out, Popescu said.

OMV Petrom, majority-controlled by Austria's OMV, and several other gas producers have spent more than a decade and billions of dollars preparing to tap Romania's estimated 200 billion cubic meters in the Black Sea, only to see their potential profits hit by the offshore tax, which was introduced four years ago.

"Had investment started in 2018 we would now have had gas," Popescu told Reuters. "We have lost tax revenue, security of supply and the possibility of becoming a big regional player. If we wait any longer we will lose all opportunities."

The Black Sea gas could also have helped Romania cope with the current surge in energy prices seen across Europe.

"Markets are connected, but the Black Sea gas would have softened the shock and it would have given us more room to help households and companies," Popescu said.

"What I want, and perhaps it will be a condition, is that a final investment decision be made this year."

In December, OMV Petrom said it could postpone a final investment decision over its Black Sea deep water gas project until 2023 if Romania did not amend the offshore law by end-2021.