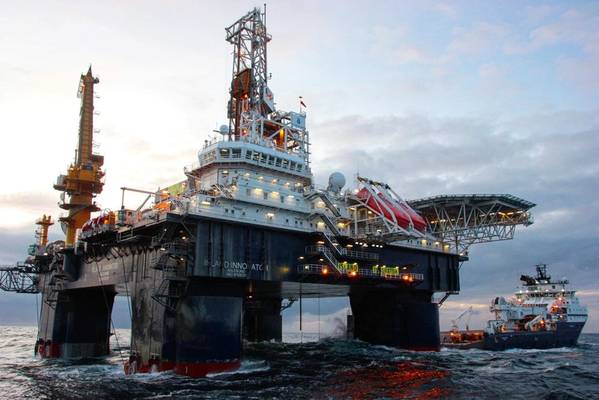 The company said Tuesday it had won a contract with Petrofac to carry out a workover on Tailwind Energy’s Orlando Field in the UK North Sea with the Island Innovator rig in Q2/3 2022. The work will start right after the completion of the BP-7 well for Dana Petroleum, the Norwegian drilling firm said.

Roger Simmenes, CEO of Island Drilling said: "Island Drilling Company AS is grateful to be chosen as the preferred drilling contractor, and that Island Innovator will be continuing its work program on UKCS after the earlier contract award with Dana Petroleum."

A day after announcing the Petrofac deal, Island Drilling said Wednesday it had secured more work for the drilling unit, this time in Mauritania with Maersk Decom.

The contract is for the plugging and abandonment of four firm and one optional well in the Tullow Oil operated Banda and Tiof fields offshore Mauritania. The work, set to kick off in the fourth quarter of 2022, is estimated to take 75 days in total.

The Banda and Tiof fields are two oil and gas accumulations offshore Mauritania in water depths from 200m to 1,200m. The licenses are located approximately 53km and 84km offshore Nouakchott, Mauritania.

"This contract will keep the Island Innovator in operation during the winter in 2022 and the rig is expected to be back in the North Sea beginning of 2023," Island Drilling said.

"We are very pleased to continue to add backlog to Island Innovator with this contract after finishing work in the UK. This will keep Island Innovator in operation from the end of March 2022 throughout 2022, ” said Island Drilling CEO Roger Simmenes.

No details were shared on the financial terms of the two rig deals.