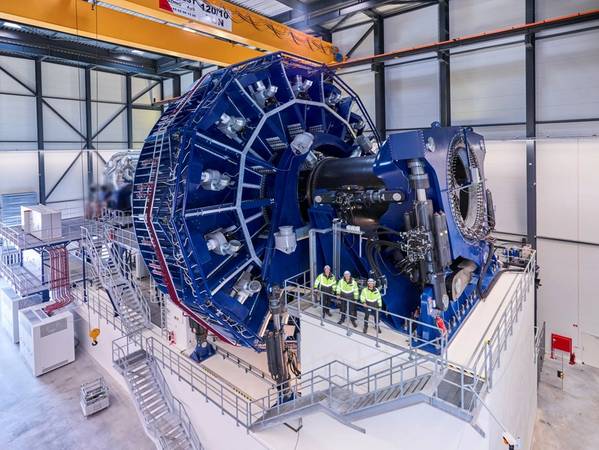 "In response to the growing demand for power from renewable energy sources, the new test rig can accommodate the next generation of larger wind turbines and prove they are capable of operating reliably in extreme offshore conditions," R&D Test Systems said.

According to the company, the new “HALT XL” test bench is the largest and most powerful on the market.

"Mounted on a 30-meter-long concrete base, it features a 25  MW drive motor that is 15 meters in diameter and the system can deliver a tilt moment of 85 million Nm. This allows the test bench to simulate the harshest of wind conditions. Exposing prototype wind turbines to pre-defined HALT tests allows manufacturers to make accurate assessments of reliability and can significantly shorten time to market," R&D Test Systems added.

“We needed to design a test bench that could expose wind turbine prototypes to the equivalent of 20 years of weather conditions in just six to eight months,” says Sascha Heinecke, Sales Director, R&D Test Systems.

“Fundamentally, our job is to stress the prototypes as much as possible, for example, the HALT XL can simulate a dynamic bending moment of 85 MNm – that is equivalent to the pulling power of 67 family cars dangling from the end of a turbine blade 100 meters long!” explains Torben Lorentzen, CEO, LORC. 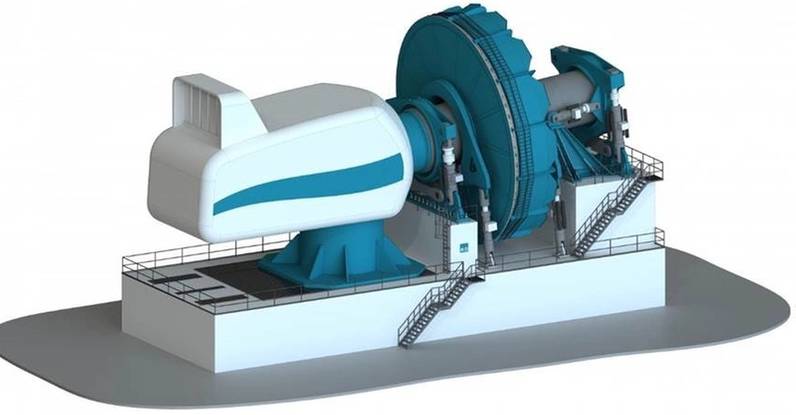 "Field testing of wind turbines, especially those for offshore use, is becoming more difficult, but HALT testing allows manufacturers to ensure their prototypes conform to applicable standards. It also provides them with a crucial insight into how their new technology will react to the conditions they will encounter out at sea,” explains Heinecke.

Per R&D Test Systems, the HALT XL test bench at LORC utilizes a stepped stress-testing approach that exposes prototype products to diverse accelerated stresses to discover the physical limitations of a design and ascertain product reliability.

"The prototypes can be exposed to all the stresses and strains they could reasonably be expected to endure during a 20-year lifetime in just 3 percent of that time. During the process, any weaknesses and failure mechanisms can be determined," the company said.

"As the time-to market for high-performance wind turbines becomes shorter, demonstration of reliable operation grows in importance, not  only to minimize energy interruptions, but the remote nature of offshore wind farms makes it costly to resolve failures. This makes HALT testing an inherent part of the offshore wind development and value chain," the company added.

“The next generation of wind turbines will need testing at the development and prototype stage. Not only will it be required, but it is also an investment that has the potential to save millions of euros,”  concludes Heinecke.

Testing at the earliest opportunity provides the manufacturer with the opportunity to validate their design sooner at minimum cost, the company said.