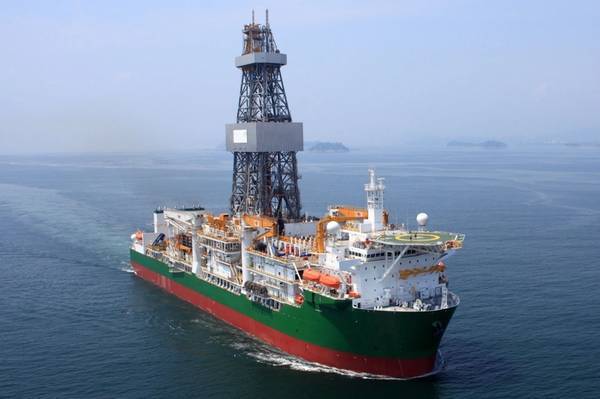 Just a few days after South Korea's shipbuilder Samsung Heavy Industries said it had found a potential buyer for a drillship originally ordered in 2014, without revealing the buyer's name, drilling firm Stena Drilling confirmed the deal on Tuesday.

Stena Drilling said it had entered a purchase option agreement with Samsung Heavy Industries "for a drillship".

The drilling firm said the agreement gave it the possibility to offer the market "a state of the art drilling services with minimal carbon footprint."

Erik Ronsberg, CEO of Stena Drilling said: "Our plan is to fit the drillship according to our specifications with hybrid technologies including the use of batteries. If we find a suitable contract, we will use the option to buy the unit."

"Stena clearly recognizes the need to decarbonize the economy as soon as possible. We also understand that society needs to function while we are in this important transition.  Fossil resources will be phased out, but during the transition, Stena are taking the responsibility to offer safe and efficient services within the energy supply," the company said. Stena Drilling's existing fleet consists of two semi-submersible rigs and four MPD Capable Ultra Deep Water DP3 drillships.

Samsung said earlier this month that the delivery of the drillship was scheduled for the first quarter of 2023.

According to Korea Herald, the sale for the price for the drillship is $245 million. Samsung Heavy said the buyer must confirm the delivery date by mid-October, 2022, or risk losing the $15 million deposit given to Samsung. Samsung said the sale would reduce maintenance costs and bolster its liquidity.

To remind, Samsung Heavy Industries back in June signed a charter deal with Saipem for the first of the two drillships - the Santorini, with an option to buy. The drillship was delivered to Saipem last month.

A Samsung Heavy Industries official said earlier this month: "As the drilling market is recovering thanks to the recent rise in oil prices, we will do our best to sell the remaining three drillships as soon as possible."

The Samsung Santorini is a seventh-generation drillship equipped with two Blow Out Preventers. The drillship is capable of operating at water depths up to 12,000 feet (over 3,500 meters).