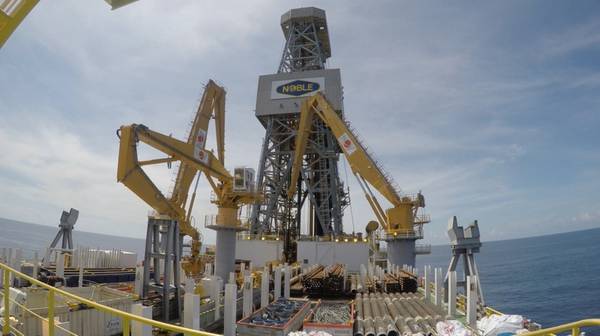 This project, at a deepwater exploration well (BC-1) off the coast of Tampico in over 5000ft of water, marked the first Gulf of Mexico deployment of DeltaTek’s cementing technology, SeaCure, and the first deepwater application of QuikCure, DeltaTek’s rapid cement hydration technology.

According to the company, SeaCure provides stabbed-in inner string cementing for subsea wells. QuikCure is a process that uses SeaCure as a conduit for circulating heated fluids inside the casing after the cement job which increases the environmental setting temperature and helps to rapidly build compressive strength in the cement.

"SeaCure was used to optimize the 22” surface casing’s nitrogen foamed cement job and enabled a 17 ½” drill out in just under 20 minutes. The SeaCure zero shoe-track solution saved 6 ½ hours compared to the operator’s most recently operated subsea well that required a cleanout BHA for the 22” which included a 19 ½” under-reamer," DeltaTek added.

Additionally, DeltaTek said it had recorded a maximum downhole temperature for the QuikCure heat-sweep of 99oF (37oC), "which more than doubled the cement job’s placement temperature at the same depth."

A wells director at Petronas Mexico said: "We are very pleased with this technology offered by DeltaTek, which was implemented in our recent deepwater exploration well. In general, it was proven that these technologies helped us in saving time and cost, while also increasing operational efficiency and supporting our decision-making process. Hopefully, the experience can be further shared with other projects around the globe.”