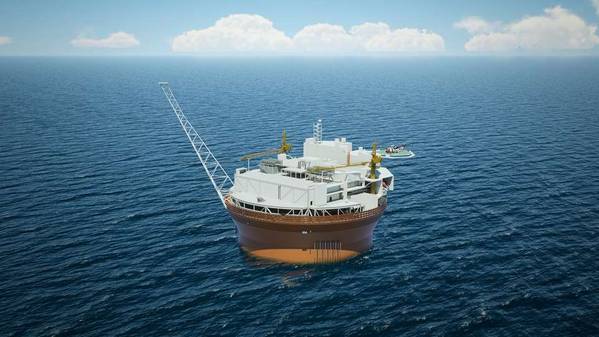 Austrian oil and gas company OMV has agreed to sell its 25% stake in the Wisting offshore oil field in the Barents Sea off Norway, to the Swedish oil firm Lundin Energy for $320 million.

OMV, which discovered the oil field in 2013, said it was focusing increasingly on low-carbon projects," shifting away from the substantial capital expenditures required for developing this project over the next years."

The acquisition takes Lundin Energy’s working interest in the project to 35 percent in the 500 million barrel oil (MMbo) development. Lundin might need to pay up to USD 20 million additionally, depending on final project CAPEX.

"The contingent payment will be triggered if a reduced CAPEX number relative to the current view is manifested in the Plan for Development and Operation," OMV said.

Apart from the 35 percent stake in Wisting, Lundin Energy also holds surrounding acreage which is estimated to hold gross unrisked prospective resources of a further 500 MMbo. Wisting is located approximately 310 kilometers off Norway's northern coast and is planned to be developed via a cylindrical FPSO.

"Wisting will be one of the largest development projects in Norway over the next few years, becoming the next Barents Sea production hub. Concept selection is anticipated shortly and the submission of the PDO is targeted by end 2022, in order to qualify for the temporary tax incentives established by the Norwegian Government in June 2020, Lundin Energy said.

"With first oil scheduled to be in 2028, the acquisition of a further 25 percent working interest provides a material contribution to sustaining the Company’s production in the long-term. The Wisting development is also planned to have power supplied from shore, which is firmly aligned with the Company’s decarbonization strategy and the commitment to becoming carbon neutral by 2023," Lundin Energy added.

Equinor is the operator during the development phase and operatorship is planned to transfer to OMV for the operations phase.

"Prior to completion of the transaction, the Company will work with the Ministry of Petroleum and Energy and licence partners, to clarify arrangements for the operations phase," Lundin Energy said. 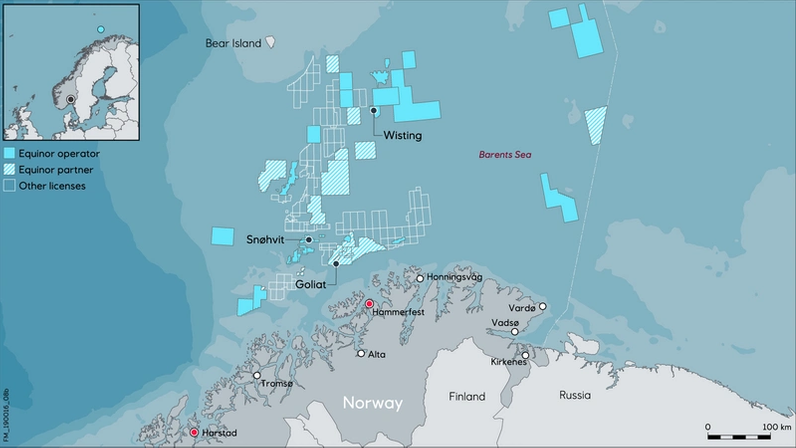 Nick Walker, President and CEO of Lundin Energy: "The acquisition of a further stake in the high-quality Wisting development, is a perfect example of how we look to supplement our organic growth strategy with opportunistic acquisitions, fitting our ambition to sustain the company long term. With strong project economics, Wisting will be powered from shore and will be a significant contributor to sustaining our long-term production profile. I am excited to have increased our position in Wisting, at a price which I believe is very value accretive to the business.”

Norwegian oilfield equipment and technology provider Aker Solutions last week received a letter of intent (LOI) for a front-end engineering and design (FEED) contract from Equinor for the Wisting FPSO.

The intended FEED contract includes an option for engineering, procurement, construction, and integration (EPCI) of the topside for the FPSO.

The scope of the FEED is to provide front-end design and engineering for a circular FPSO, to further progress the project development toward a planned final investment decision (FID). If the field development moves forward to the execution phase, Aker Solutions estimates the EPCI option to potentially represent a "significant" contract, worth between NOK 8 billion and NOK 12 billion ($963 million-$1.4 billion), subject to final investment decision and regulatory approvals.

"Wisting is one of the largest upcoming industrial projects in Norway. We are looking forward to continuing our longstanding relationship with Equinor for this significant field development, and to mature the project towards a planned investment decision," said Sturla Magnus, executive vice president and head of Aker Solutions' topside and facilities business.

The FEED award follows the completion of the study phase, and the work starts immediately with planned completion in the third quarter of 2022. The FEED work will be led by Aker Solutions’ offices in Fornebu, Norway.

The Wisting FPSO is based on a Sevan design. The topside will have a weight of about 20,000 metric-tons, consisting of a large process module and a large utility module.

Subject to the Wisting partners sanctioning the field development and building the Sevan design FPSO, this will be the second such FPSO in the Norwegian Barents Sea, the first being Vår Energi's Goliat.

Production from the Goliat FPSO in the Barents Sea started in 2016.