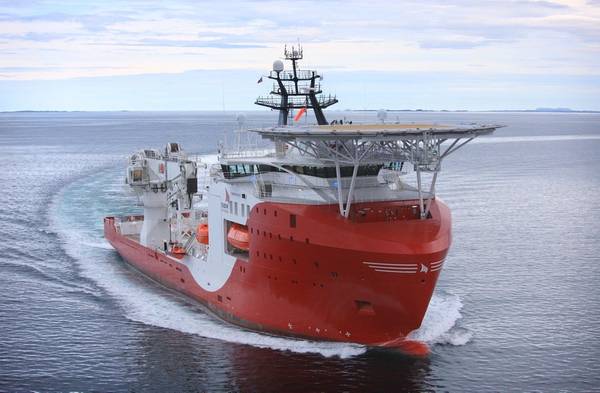 Vard Electro will deliver its largest battery package to date as part of a vessel retrofit deal with the Norwegian offshore vessel owner Siem Offshore.

The contract covers Vard Electro’s SeaQ Energy Storage System (ESS) with two battery packs and a DC link, which will be installed in the first quarter of 2022 on one of Siem Offshore’s subsea construction vessels lined up for work in the wind sector.

The system will enable the vessel to operate in fully electric mode with zero emissions while maneuvering in the harbor or other restricted areas and will deliver estimated fuel savings of up to 20%, according to Vard Electro Head of Commercial Sales, Gisle Anderssen.

The SeaQ ESS stores excess energy, either generated by the vessel or derived from shore connections with renewable power sources, to replace engines running on fossil-based fuels that drive propulsion and thruster systems.

Battery storage will be used as a spinning reserve in place of generator sets, enabling the vessel to run on fewer engines with more optimal load while still maintaining the requirement for redundancy.

An added benefit with batteries is peak shaving that takes the strain off the engines during big load variations by leveling the power and delaying the need for engines to restart, Vard Electro explained.

This, Vard Electro said, results in significantly lower fuel consumption and reduced maintenance costs due to less wear-and-tear on engines.

“A significant benefit of battery storage is that it enhances the responsiveness of propulsion and other systems due to instant power response in line with load variations, offsetting slower ramp speeds with less responsive engines” Anderssen says.

This is particularly useful for offshore support vessels that are heavily dependent on DP systems for fast maneuverability in safety-critical situations, he explains, Vard said.

The batteries for Siem Offshore will be supplied together with a DC grid for power distribution to consumers, with control and monitoring of the battery storage solution handled by the SeaQ Energy Management System (EMS) that interacts with existing control systems onboard.

“The flexibility of the SeaQ ESS system that enables it to be easily integrated with a vessel’s existing systems, as well as its advanced functionality, were key factors in our selection of Vard Electro for this retrofit to reduce our environmental footprint,” says Jon A. Houge, Operations Manager of Siem Offshore.