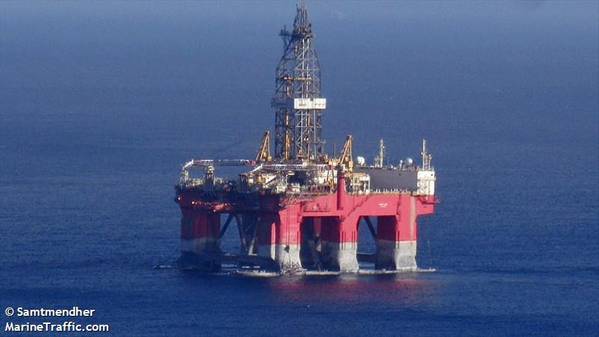 Oslo-listed oil and gas company BW Energy has agreed to buy the semi-submersible drilling rig "Leo", from Aquadrill, a Seadrill affiliate, to use as a production unit for offshore field development in Namibia.

Leo (ex-West Leo) is a 6th generation semi-submersible delivered by Jurong shipyard in Singapore in January 2012.

BW Energy will repurpose the drilling rig and convert it into a floating production unit to be used as part of a revised development plan for the Kudu gas field offshore Namibia.

The oil company will pay $14 million to Aquadrill for the Leo (Ex-West Leo) semi-submersible unit and use it for its gas to power project. Based on rig valuations from VesselsValue, the price agreed is a little higher than the scrap value for the Leo rig. As per October 24 valuation by VV, the rig's market value was $30,89 million, and its demolition value was $13,43 million. At the time of delivery, back in 2012, the rig was worth more than $600 million.

Worth noting, however, Aquadrill may be entitled for further payments in the future.

According to Aquadrill, under the terms of the deal agreement, if the Leo is used to carry out drilling services in the future, liquidated damages of $50 thousand for each day the unit is used to perform such services will apply, up to a maximum of $ 6 million.

Also, Aquadrill has said that certain pieces of capital equipment belonging to the unit have been excluded from the sale including but not limited to the BOP, top drive, and traveling block, which will become part of Aquadrill's capital spares inventory.

"In the event these capital spares are used for our existing fleet, the Company expects to realize approximately $7 million in savings vs purchasing equivalent replacement parts," Aquadrill said.

"The revised development concept offers tangible financial, schedule, and environmental benefits. The re-use of existing facilities also supports a
substantial reduction in field development-related greenhouse gas emissions compared to a new-build," said Carl Krogh Arnet, the CEO of BW Energy. "We have consequently decided to take advantage of the availability of this high-quality semi at an attractive price. The replacement of imported power with domestic power produced with natural gas will reduce Namibia`s carbon footprint and ensure power stability for the future."

"A development of the Kudu field is an attractive opportunity for BW Energy to engage in the electricity market and potentially fully or partially assume a position as an Independent Power Producer (IPP) through strategic partnering," the company said.

"We consider the electrification of the African economies as a significant long-term growth opportunity for BW Energy and a potential avenue for us to develop a new strategic position closer to the end customers of energy," said Carl Krogh Arnet.

"The timing of the final project sanctioning is subject to realizing a project financing solution for the Kudu gas to power project," BW Energy said.

This is not the first time BW Energy has acquired an offshore drilling rig with plans to convert it into a production unit.

Earlier on Monday, Lamprell, a company building large structures for the offshore energy industry, said it had won a rig conversion contract with the Oslo-listed oil and gas company BW Energy (BWE).

The company, with construction yards in the UAE, said the medium-sized project would start immediately. Lamprell defines a "medium-sized contract" as between $6 million and $50 million. The jack-up conversion project is scheduled for completion in 2022.

The article above has been updated to include a statement by Aquadrill providing further details into the sale terms. 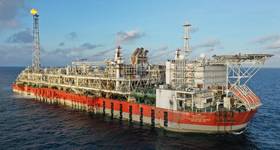 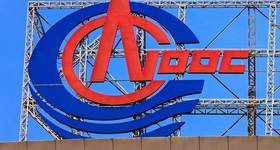