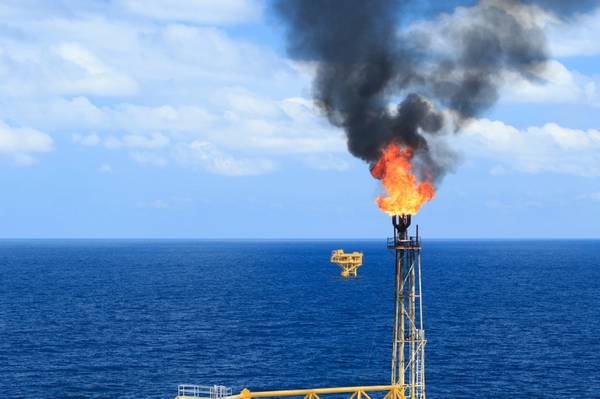 If we want to reach net zero by 2050, there is an increasingly high risk that some of the oil and gas infrastructure investments (i.e. in platforms, pipelines, processors, storage sites etc) made today will result in stranded assets.

In other words, they will no longer generate the economic return expected of them, due to changes in the regulatory or market environment.

For companies pondering infrastructure investments, this prospect leads to three related questions: Which of my current and/or future infrastructure assets could end up stranded? How long will it be before this happens? What can I do to avoid it?

Each of these questions is worthy of an in-depth analysis on its own, but the short answer to all three is: nobody knows. And some of the educated guesses vary significantly.

There are estimates that up to $1 trillion in top 40 international oil company (IOC) assets could be at risk over the next decade because of falling demand for fossil fuels. Understanding such risks is key for listed, private and state-owned oil and gas companies alike, particularly following the market volatility that the industry experienced due to the coronavirus pandemic last year.

This demonstrated the pace at which market dynamics can shift. And although, historically, the energy transition has proceeded more slowly than was warranted by the Paris Agreement climate target, there is evidence that policymakers are waking up to the need for urgent action against global warming.

National net-zero commitments now cover 68% of global GDP, but there is more work to do. The COP26 2021 United Nations Climate Change Conference next month will provide an indication of the political willingness in this direction. Adapting and repurposing assets But regardless of the outcome of COP26, oil and gas players will already be aware of mounting investor scrutiny over the environmental viability of existing and future asset portfolios.

Even if new infrastructure could be economically viable in the short to medium term, it may get harder to find backers that will finance it. This leads to the final question: what can oil and gas companies do to make infrastructure investments more palatable to investors and other stakeholders?

The most obvious answer is to ensure that any assets that are used for oil and gas today could be adapted/retrofitted to a low-carbon environment tomorrow. As discussed in Westwood Global Energy Group's recent Energy Transition Now podcast with io Consulting, the oil and gas sector is already looking at ways to reduce its scope 1 and 2 emissions.

In September 2021, the Oil and Gas Climate Initiative—which aims to accelerate the industry’s response to climate change—announced an updated strategy and related targets to achieve scope 1 and 2 net-zero operations under its members’ control.

For assets, it essentially means improving efficiencies, electrifying processes, and reducing methane and other leakages. These adaptations should in theory allow assets to gain financing or continue operating while there is still demand for fossil fuels.

But net-zero operations are already effectively being seen as a minimum to avoid stranded assets, albeit that they are much easier to achieve in greenfield projects than on brownfield sites that were not designed with a low-carbon world in mind. Nevertheless, repurposing existing assets to net zero certainly seems possible in some situations. Low-carbon hydrogen, for example, will need to be moved around somehow—and gas pipelines, compressors and other infrastructure could conceivably be adapted for this purpose.

In Europe, for instance, the industry group Gas for Climate has proposed a 39,700-kilometre hydrogen network, 69% of which it says could be made up of existing natural gas pipelines. Similarly, if carbon is going to be captured and stored at scale then it too will need to be moved around somehow and put somewhere. Existing pipelines and wells are potentially suited for carbon capture and storage (CCS).

Elsewhere, offshore platforms could one day be converted to support electrolyzers, substations, and other net-zero energy system assets, and refineries could even house hydrogen projects.

We are already starting to see moves in this direction, with the industry looking to adapt brownfield developments and at the same time future-proof greenfield projects. One high-profile example is HyNet North West in the UK, where existing gas infrastructure will be used for hydrogen and carbon transport. Carbon emissions from blue hydrogen production will be stored in depleted gas reservoirs in Liverpool Bay.

Less obviously, subsurface engineering firm Petrolern has suggested US oil and gas companies could repurpose abandoned wells for geothermal energy. Given the short history and limited commercial success in approaches that deviate from traditional high-enthalpy geothermal to date, this might be a bit of a high-risk adaptation option—although, as Westwood Global Energy Group noted in an explainer earlier this year, the Texas-based company Sage hopes to use hybrid enhanced and advanced geothermal solutions to retrofit existing boreholes.

Reusing existing infrastructure in this way is smart not just from an investment perspective but also because it allows asset owners to take advantage of existing environmental permits, land rights, and so on. But the extent to which this model can be replicated elsewhere will depend not only on how widespread hydrogen and CCS become in future, but also on a range of other technical and commercial factors.

To begin with, one cannot expect infrastructure that was designed for oil and gas to work just as well with carbon or hydrogen. There are big questions over the feasibility and cost of adapting assets, particularly if they are underwater and thus not readily available for inspection. A recent report for Crown Estate Scotland confirmed although oil and gas players could enjoy major opportunities in low-cost CCS and hydrogen, “The cost of addressing technical and safety challenges represent significant hurdles which need to be addressed before cost reductions can be achieved.”

Similarly, the certification body DNV notes that for all hydrogen’s hype "extensive work will be needed to prove that the introduction of H2 will not compromise the safety and integrity of gas networks and that there is no increase in risk to the public, either directly or indirectly."

CCS and hydrogen feature highly in net-zero pathways from authorities such as the International Energy Agency, but predictions for uptake vary massively—and the reality is that neither low-carbon version is commercially attractive today.

Furthermore, early indications are that hydrogen and CCS could develop in clusters to minimize transportation and storage challenges, meaning there could be strong demand for infrastructure adaptation in some locations but next to none in others. This poses a problem for asset owners and investors, because preparing today’s infrastructure for a low-carbon future is not a trivial matter.

Unless it is obvious that an asset will be needed for hydrogen or CCS tomorrow, it might be cheaper and easier to invest in non-transferable oil and gas infrastructure and aim to maximize its utilization while you can. This is particularly the case with onshore infrastructure, which tends to be built to a lower specification than offshore assets and therefore may lack the structural integrity needed for adaptation.

The bottom line is that infrastructure asset owners and investors will need to tread more carefully than ever when looking at new infrastructure projects, and consider the following questions: How relevant will this asset be if the demand for the underlying commodity (e.g. crude / natural gas) starts to fall? How long can I realistically use it before it might need to be decommissioned? What is the likelihood of it being needed for low-carbon applications, and how readily can it be adapted to deal with them? What circumstances might favor the conversion of assets? Could they be part of a low-carbon energy hub, for example, or qualify for support?

Ultimately, while infrastructure investment is likely to be the order of the day as economies emerge from COVID-19, the outlook for hydrocarbon-only asset investments is increasingly uncertain. Asset owners need to consider the potential future reuse of assets or indeed the risk of an asset becoming stranded. If in doubt, talk to experts about your options.

David Linden is the Head of Energy Transition at Westwood Global Energy Group and is responsible for defining and implementing the group’s Energy Transition strategy. He has 15 years’ commercial experience across the global energy value chain.