Turkey Sends Cypriot Vessel Away From Its Continental Shelf 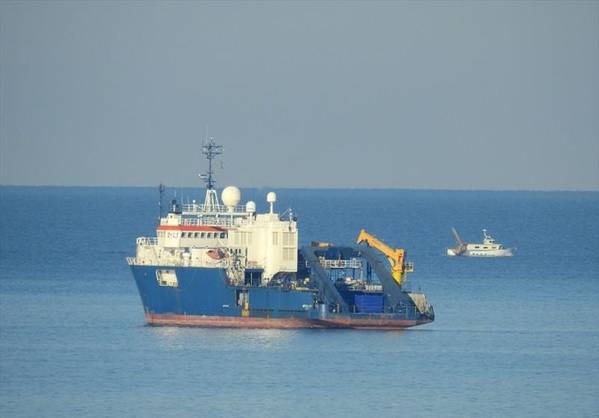 Turkey sent a Greek Cypriot research vessel away from what it says is its continental shelf in the Mediterranean on Sunday after it entered the area without permission, Turkey's Defence Ministry said, in a sign of renewed tensions.

For decades, Turkey has been at odds with Greece and Cyprus over competing territorial claims in the east Mediterranean, air space, energy, the status of some islands in the Aegean, and the breakaway Turkish state on the divided island of Cyprus.

After months of tension last year that sparked fears of direct confrontation between NATO members Turkey and Greece, the two sides agreed in January to resume talks to address their differences after a five-year hiatus.

The next round of talks will be in Ankara on Wednesday.

Cyprus was split in a 1974 Turkish invasion triggered by a brief Greek-inspired coup. Since then, Cyprus has been run by a Greek Cypriot administration in the south that Ankara does not recognize, and ties with the Turkish state to the north are now at their lowest point.

The Turkish Defense Ministry said in Monday's statement that the Nautical Geo, a Greek-Cypriot research vessel under the Maltese flag, was taken away from the Turkish continental shelf at the weekend after being warned that it was trespassing.

Ankara also launched diplomatic initiatives with Malta and Italy, the country of the ship's owner, it said.

"Despite these initiatives from Turkey, the Nautical Geo research vessel tried to enter Turkish Continental Shelf without permission. Upon this, it was questioned and warned by a ship belonging to the Turkish Navy," the ministry said.

"Following the vessel's entry into the continental shelf without permission despite this, the research vessel was removed from the Turkish Continental Shelf," it said, adding Turkey blocked the Nautical Geo's work east of the island of Crete last week for the same reason.

There was no immediate comment on the incident from Greek Cypriot authorities.

Turkey's foreign ministry said on Saturday "unilateral" steps by Greece and Greek Cypriots in the Mediterranean were stoking tension.