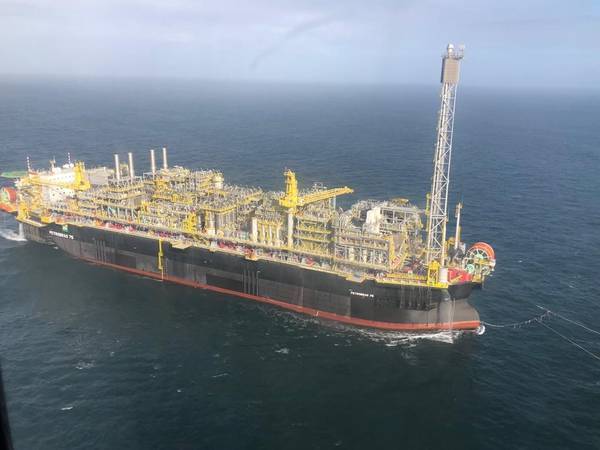 Chinese oil and gas firm CNOOC Ltd wants to exercise an option and acquire an additional 5% stake in production rights for the Buzios oilfield for $2.08 billion, the oilfield's owner, Brazil's Petrobras, said on Wednesday.

Petroleo Brasileiro SA, as Petrobras is formally known, holds 90% of the rights to explore and produce oil at Brazil's Buzios, considered the largest deepwater oilfield in the world, which the state-run oil company acquired in 2019.

At the time, Chinese state-run oil companies CNOOC and CNODC also bought a 5% stake each in Buzios along with the option to raise their stake later.

Petrobras announced CNOOC's interest in increasing its Buzios stake in a securities filing and said it does not expect to see any impact from a transaction on its production outlook for 2021.

A CNOOC spokesperson did not immediately comment on the matter.

CNOOC said earlier this week it planned to raise up to 35 billion yuan ($5.41 billion) in a new share issue on the Shanghai stock exchange to fund several oil and gas projects.

"With four FPSOs each of 150,000 barrels per day capacity already producing and another similar FPSO on the way, and with the project perhaps ultimately hosting another half dozen more such FPSOs, Buzios certainly qualifies for the major global tag," Islam said, referring to the project's floating production, storage and offloading facilities (FPSO).

As per the terms of the contract, the 5% stake CNOOC initially acquired has been reduced to 3.667%, which could be why CNOOC wanted to top up, he added.

CNODC, a unit of top Chinese oil major China National Petroleum Company (CNPC), is in internal discussions for a possible increase in stake, said a Beijing-based source with knowledge of the matter, who declined to be named as this topic is not public.

CNODC's stake has also been reduced to 3.667%, the source added.

Located in the Santos Basin pre-salt, Buzios is one of the largest oil-producing fields in Brazil, second only to Tupi. According to oil regulator ANP's data, it pumped an average of 569,648 barrels per day in July.

Goldman Sachs analysts said CNOOC's stake increase could contribute to some additional reduction in Petrobras' gross debt, but cautioned that the impact on production remains unknown.

"We remain 'neutral' on Petrobras as we continue to see better risk-reward elsewhere in our global oil coverage," Goldman said in a research note.