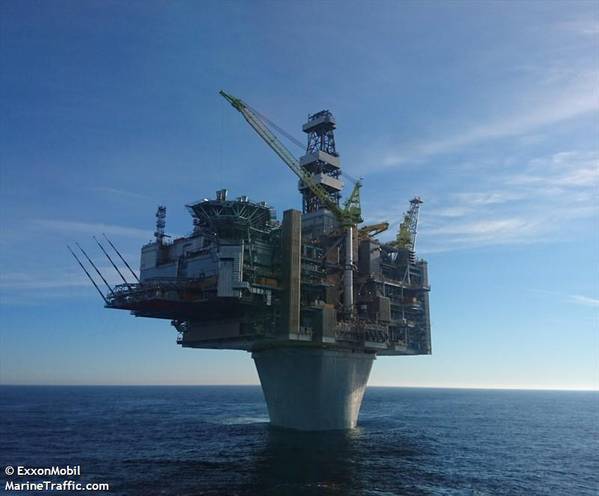 ExxonMobil Canada has reported that a near-miss incident occurred on the Hebron offshore platform in Canada earlier this week when a hoist hook fell on the deck. Nobody was injured but the incident had the potential for fatality.

The Canada-Newfoundland and Labrador Offshore Petroleum Board (C-NLOPB) said Thursday:" ExxonMobil Canada has reported that on Tuesday, September 14, 2021, on the Hebron Platform during preparations for an upcoming lift (no load connected), the south intervention deck auxiliary hoist hook fell five-six meters to the deck. The hook weighed 3.6 kg."

"There were no injuries. The hoist operator was the only individual in the area and was located approximately six meters away. The incident had the potential for fatality, based on the Dropped Objects Prevention Scheme (DROPS) calculator," the safety body said.

The incident happened less than a month after an offshore worker got injured on the Avalon Sea offshore support vessel while supporting operations on the Hebron platform in the Atlantic Ocean.

He was injured while supporting activities associated with lifeboat winch load testing on the Hebron Platform. Read more.

The Hebron oil field is located offshore Newfoundland and Labrador, Canada in the Jeanne d'Arc Basin 350 kilometers southeast of St. John's. Oil from the field is produced via a large concrete gravity-based platform.