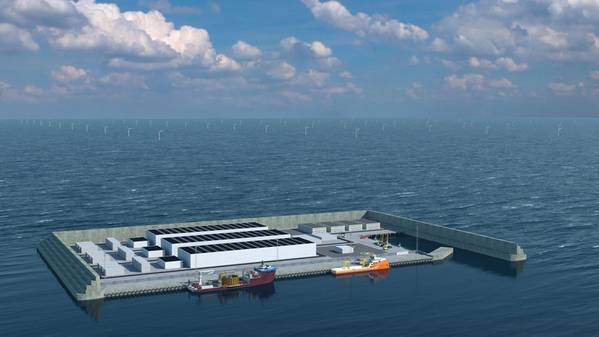 Back in February, Denmark approved the construction of the first of its kind wind energy hub in the North Sea that promises to produce yet unseen amounts of green electricity, in what has been described as the largest construction project in Danish history.

Orsted and ATP have previously said they'd bid to build the project, and the duo has now brought industrial construction experts Aarsleff, Bouygues, and Van Oord to support their bid.

"The three companies bring extensive design and engineering competencies as well as vast experience from complex offshore construction projects around the globe. With these partners on board, the Ørsted-ATP consortium has laid the foundation for a successful delivery of the North Sea energy island which will be a hub for renewable energy, create local jobs, and further strengthen Denmark’s strong position as an exporter of renewable energy solutions," Orsted said Tuesday.

Ørsted said that Danish Aarsleff would be leading the construction work. Aarsleff was a key construction partner at the Oresund Link that connects Denmark and Sweden, has led several harbor expansion projects in the Nordics, including the ports of Skagen, Frederikshavn, and Stockholm, and has installed 600 foundations for offshore wind turbines at Horns Rev 2 and London Array offshore wind farms.

Dutch offshore installation giant Van Oord, specializes in marine contracting, dredging, land-reclamation, and offshore wind. The company has constructed the Palm Jumeirah and other artificial islands and has decades of experience in the installation of offshore wind turbines, foundations, and cables.

The North Sea Energy island is expected to be tendered in 2023 where Ørsted and ATP intend to submit a bid.