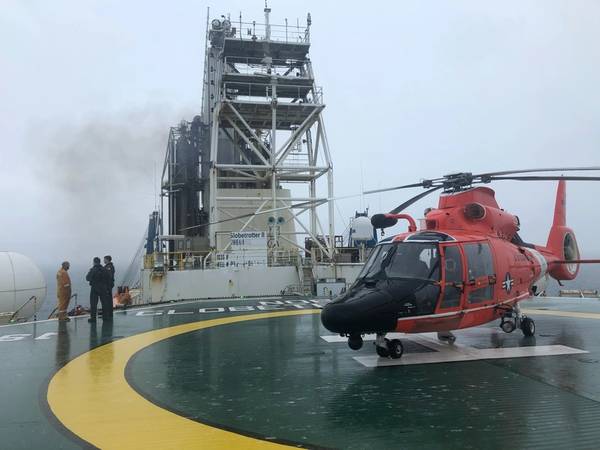 The U.S. Coast Guard is investigating damage to a Noble Corp drillship hit by Hurricane Ida while operating in the Gulf of Mexico, a spokesperson said on Thursday.

Nine crew members suffered minor injuries when the storm hit on Sunday, Noble said. Workers were treated onboard and four were taken to shore for evaluation, Noble's vice-president for Investor Relations Craig Muirhead said in a statement.

The U.S. Coast Guard said it is helping to take the ultra-deepwater drill ship, the Globetrotter II, to a Louisiana port for repairs.

The vessel, leased to Royal Dutch Shell PLC., left the a drilling location early on Saturday and encountered hurricane-force conditions on its way.

About 140 crew members were onboard when the storm hit, USCG petty officer Carlos Galarza said.

The ship's master has said the vessel was not in distress and not actively taking on water, according to the Coast Guard.

The storm did break a limited part of the hull, which allowed water into some compartments, Noble confirmed on Wednesday night, though Muirhead said "this is not critical to the vessel’s safety or stability."

Noble said personnel can be removed by helicopter once charter service from hurricane-affected areas is allowed.

The Globetrotter II is operating on its own power with functional marine and safety system, Muirhead added.