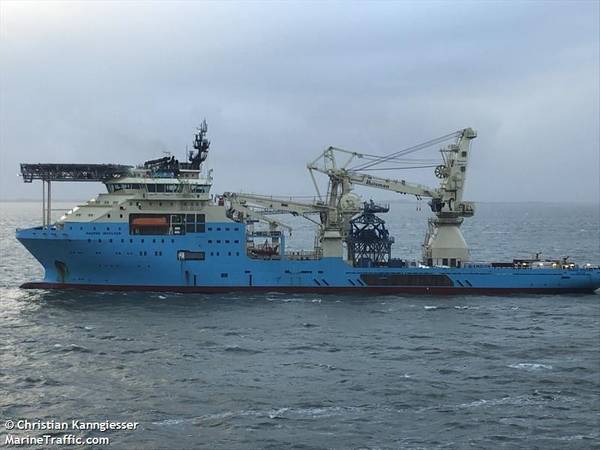 Danish offshore vessel operator Maersk Supply Service has secured a one-year contract extension for one of its subsea support vessels in Angola.

In a social media post on Monday, Maersk Supply Service said it would provide the full scope IRM services for an undisclosed oil major in Angola, supported by one of the company's I-class subsea support vessels.

In addition, the contract covers an integrated package of FSV, 2 WROV + Positioning Services as well as project management and engineering services.

Osvaldo Sechie, Managing Director, Angola said the contract win gave the company an extended footprint in Angola, a longer-term contract with a valued customer, and ability to continue with the company's local content development plan through its  Cadets program.

"We have worked to create a transparent collaboration with our client. It is my hope that this is one of many contracts to come,” Osvaldo Sechie said.

The company did not say who the client was now which vessel exactly secured the extension. Asked by Offshore Engineer to share more details, a Maersk Supply Service spokesperson said the company wouldn't share further info other than what it had already said via social media.

Also, in a social media post Tuesday, MSS said it continued its expansion in Africa, with Maersk Logger AHTS relocating from Asia Pacific to offshore Angola.

"She will be supporting a major oil company in Angola for specific operations over the next 2 months," the company said.