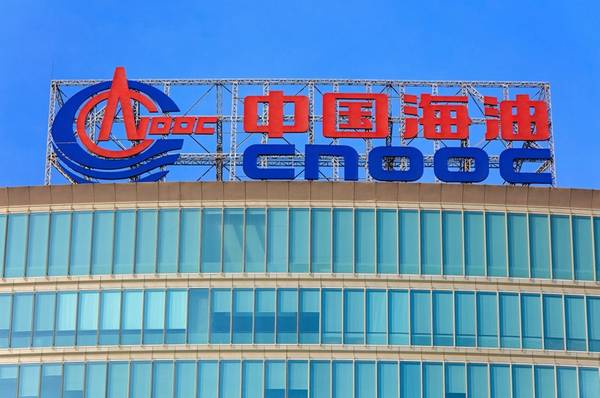 China's top offshore oil and gas driller CNOOC Ltd said it would channel up to 10% of annual spending to green energy by 2025, and announced interim net profit more than tripled from last year as oil prices rebounded.

That doubles a previous target of 5% of spending on green projects as the firm seeks to cut its carbon footprint alongside a strategy that focuses on lifting the share of natural gas in its output portfolio.

CNOOC said on Thursday it plans to expand into onshore wind and solar power from an earlier focus on offshore wind, aiming to build at least 5 gigawatts of combined solar and wind capacity by 2025.

It said U.S. sanctions imposed on the company in early 2021 had not had a substantial impact on its business and urged Washington to lift the "unreasonable" measures.

Benchmark WTI prices, which plunged to below zero at one point in April last year, hovered near $70 a barrel in the second quarter of 2021 as the global economy recovered from the pandemic fallout.

CNOOC, one of the industry's lowest-cost explorers and producers, said its all-in production cost was $28.98 per barrel, up from $26.34 in 2020, due to "rising commodity prices and other factors".

Oil and gas production hit a record of 278.1 million barrels of oil equivalent (boe), up 7.9% year on year, boosted by several new projects in Bohai Bay and the South China Sea, such as the ultra-deep gas project Lingshui 17-2.

First-half capital expenditure was 36 billion yuan versus 90-100 billion yuan planned for the full year, the highest annual budget since 2014.