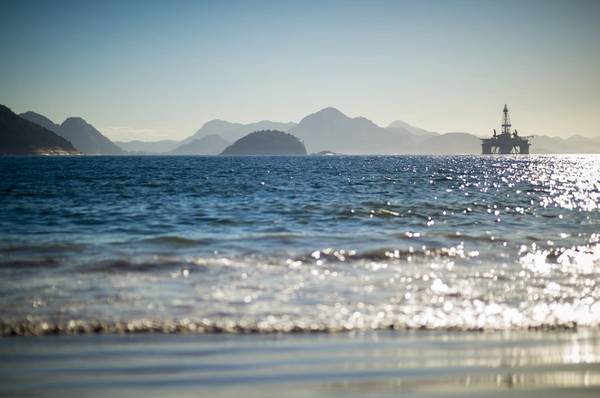 Rising calls to cut carbon emissions and to reduce global warming could generate more offshore partnerships and increase the output of cleaner oil for Brazil, the production chief of state-controlled Petrobras said in an interview.

Brazil oil officials are in Houston at an offshore oil conference shopping for partners to develop deepwater oilfields that will be auctioned in December. The fields will employ lower-carbon technology that can help oil majors meet demand for lower greenhouse emissions, officials said.

Officials have scheduled meetings with Exxon Mobil Corp, TotalEnergies, and Ecopetrol, Reuters has learned. BP PLC and Chevron Corp also were invited for discussions, said people close to the talks.

This year's conference, a shrunken version due to rising coronavirus hospitalizations, has seen at least one major exhibitor pull staff from the event. read more

"Projects that produce less CO2 will be the last ones to go offline," Petroleo Brasileiro E&P head Fernando Borges told Reuters on Sunday at an event in Houston kicking off the first Offshore Technology Conference (OTC) in more than two years. "This environment made our new projects more attractive."

Final investment decisions secured in its offshore fields will allow Petrobras to raise its production target in its next five-year business plan, Borges said. The production target will be disclosed later this year.

Petrobras, which accounts for more than two-thirds of Brazil's output, pumps about 2.7 million barrels of oil and gas a day (boepd) and has aimed for 3.3 million boepd by 2025.

Brazil's December auction will be the second time its Sepia and Atapu blocks will be offered for sale. An auction several years ago flopped for lack of investors.

Petrobras also is seeking partners for Brazil's Equatorial area, where the state-controlled firm is struggling to get permits to drill in blocks as close as 30 kilometers (19 miles)to Guyana's border and its discoveries. Exxon has disclosed more than 9 billion barrels of potentially recoverable oil and gas off the coast of Guyana.

"Results in Guyana and Suriname are inspirational for us," Borges said. "The unexplored Equatorial margins is the area with the best potential in Brazil for new projects."

Exxon would be a natural potential candidate for the blocks close to Guyana's border, Borges said, while also hoping to attract other firms.

Projects in the new exploratory area will go ahead only if Petrobras can secure partners to develop the fields, which can require as much as $6 billion in investments, Borges said.

"One partner is too little, two is good, three can be accommodated," he said. "But always in partnership."

Top oil producers are facing pressure from investors, courts, and governments to sharply limit carbon emissions. Many have shifted investments to areas where they can produce oil at a lower cost and with fewer emissions.

Brazil hopes to do both with large production platforms able to pump 150,000 barrels per day from as little as four, high-volume wells. A decade ago, similar output would require 20 wells running at full force, due to the volume of oil gushing from them, Borges said.

The company will run platforms with electric power systems, instead of fossil fuels. It also has started using closed flarings in its Buzios oilfield, by re-injecting natural gas.

The U.S. lifted travel restrictions to allow about three dozen energy officials from the South American country. Among those expected to appear at the OTC conference are Brazil's energy minister, chief oil regulator, Petrobras chief executive, and four of the oil firm's division heads.

(Reporting by Sabrina Valle and Marianna Parraga in Houston; editing by Gary McWilliams and Marguerita Choy)