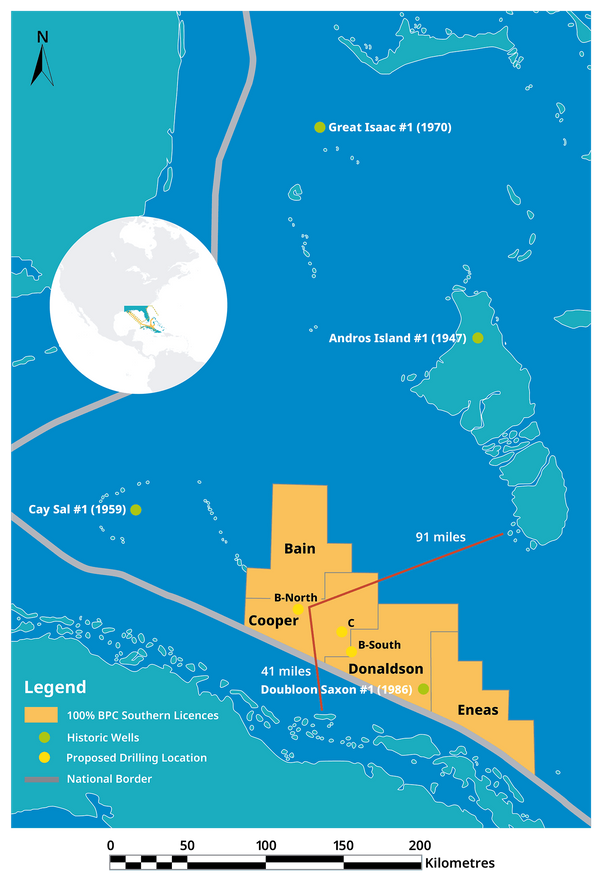 Challenger Energy, the company until recently known as the Bahamas Petroleum Company, is seeking an extension to the license period for its offshore blocks in the Bahamas after it earlier this year drilled an offshore well that failed to unearth commercial quantities of oil.

BPC, as the company was named at the time, in February 2021 said that the Perseverance #1 well, the first drilled offshore the Bahamas, had encountered oil, however, not in commercial volumes.

While not enough oil was found at the location to warrant development, BPC said at the time that the results pointed to significant hydrocarbon potential remaining in various independent, untested play systems and structures within BPC's acreage in The Bahamas and that the results from Perseverance #1 would reduce the technical risk for any future/further exploration in the region, as well as have a positive effect on its farm-out efforts.

In a statement on Monday, the company said it had applied with the government of the Bahamas, for a renewal of the licenses into a third, three-year exploration period. It also said it had "reinvigorated" a process, working with Gneiss Energy, to identify a suitable farm-in partner for the next phase of activity in The Bahamas.

With regards to the license extension, the company expects the process to take an extended period of time, similarly to the previous application.

"As part of any such renewal, a number of commercial matters must be discussed and agreed between the Government and the company, including the scope of any future work program and licence obligations. Additionally, under the terms of the Company's licenses, on renewal from a second to third exploration period the Company is required to relinquish 50% of the licensed area, for which the company has submitted a detailed relinquishment proposal to The Government.

In The Bahamas, Challenger Energy holds 100% of five exploration licenses covering approximately 16,000km2 (4 million acres). Four of the licenses are located in the southern territorial waters of The Bahamas, together referred to as the “Southern Licences” (Bain, Cooper, Donaldson, Eneas), and a fifth, the Miami licence, in the northern territorial waters of The Bahamas. The main licenses of interest and focus for Challenger Energy are the Southern Licences. According to info on its website, an area to be relinquished has been identified as being the area equivalent to that over the shallower water depths covered by the Southern Licences (less than circa 200 feet).

"At present, the company is awaiting a response from The Government, noting that the process of renewal of the Company's licenses from the first to the second exploration period, for example, ultimately took an extended period of time to complete. Thus, the current process may likewise take some time - particularly given the administrative delays occasioned by the Covid-19 pandemic, and the proximity to an election in The Bahamas," the company said.

Eytan Uliel, Chief Executive Officer, said: "As I have commented previously, it is often the case in our industry that several exploration wells are required before the potential of a frontier basin is unlocked. We had hoped for 'instant gratification' with Perseverance-1, which was not the case.

"However, notwithstanding the non-commercial results of that well, based on what we have learned we continue to believe that the licenses in The Bahamas are highly prospective. As such, we advised the Government of The Bahamas of our desire to renew the licenses into a third three-year exploration period, and are working through that process, which will likely take some time. Meanwhile, we are continuing with our evaluation of the exploration potential of the licenses, working to reduce technical uncertainties, and continuing in our efforts to secure a farm-in partner for the future. We will keep shareholders appraised of material developments."

As for the potential farm-in partners, Challenger Energy said  the farm-out process was a process" with a number of parties having expressed interest and engagement with the Company."

"A technical data room has been established, with due diligence underway. Further updates will be provided as and when appropriate," the company said.

The farm-out is seeking to introduce funding and operating partner for the next stage of exploration activity in The Bahamas.