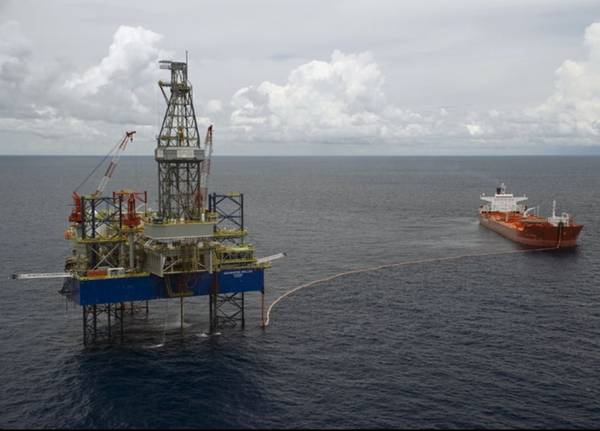 Offshore drilling contractor Vantage drilling this week posted a net loss of $29 million in the second quarter of 2021, but its CEO was optimistic on the back of several important jack-up drilling rig contracts secured recently, especially in Qatar, almost doubling its backlog.

“The second quarter represented more evidence that the industry is back on the way to recovery where we have seen the Aquamarine Driller and Sapphire Driller commencing their new contracts in Malaysia and Equatorial Guinea,  respectively. In addition, shortly after the quarter concluded, the Soehanah returned to work in Indonesia, reflecting six of the company’s seven rigs working," Ihab Toma, CEO, said.

Toma said: "In addition to the three rigs returning to service, we are delighted to announce that, the Sapphire Driller and the Aquamarine Driller were recently awarded three-year contracts to work offshore Qatar, commencing in February and March 2022, respectively. We look forward to these multi-year programs commencing alongside the Emerald Driller’s campaign in Qatar where we have operated since 2016.”

TotalEnergies exercised its one-year option and added an additional year option for the Emerald Driller in Qatar.

Also, the contracts in Qatar for the Sapphire Driller and Aquamarine Driller are for three years each with NOC, a Qatari joint venture between TotalEnergies and Qatar Petroleum, the operator of the Al Shaheen offshore oil field. NOC will have 2 x 1 options to extend the charters for both rigs.

Before embarking upon its contract with NOC in Qatar at the start of the second quarter of 2022, the Aquamarine Driller has to first complete its work scope in Malaysia where it has recently also secured, and started, a 240-day contract with CPOC.

Also, Vantage shared that the Topaz driller jack-up had been awarded 75 days of work with APO in Tunisia. The rig will move to Tunisia upon the completion of work for Eni offshore Montenegro.

Further, Vangate said that its Soehanah had been awarded 90 days’ work for KUFPEC and further work Q2 2022 for Medco, 120 days plus options. 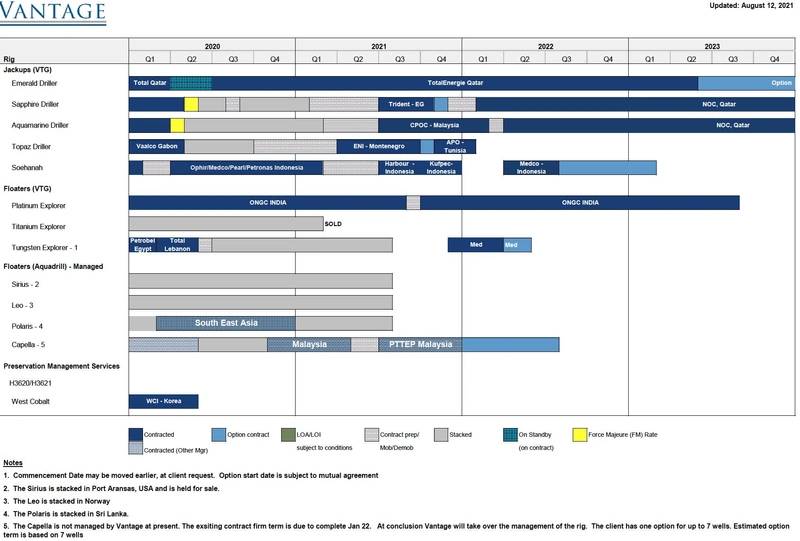