Ping to Buy Out Summit from Avalon Oil Field. Targets First Oil for 2023 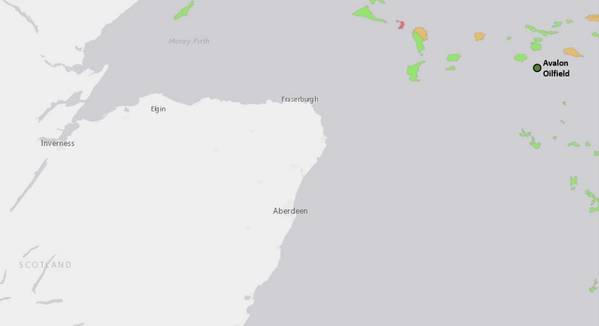 The Avalon Oil field was discovered in May 2014 and further appraised in July 2017. It is located in the North Sea, 120km Northeast of Aberdeen in 120 meters water depth.

Summit and PING UK had in April 2017 agreed for Summit to acquire a 50% working interest in the field. After that, the duo in 2018 agreed for PING UK to be the operator for the Avalon Oilfield.

“Since then, PING UK has undertaken an extensive review of available development options and had recently decided on the appropriate development concept,” Ping’s parent firm DNeX said this week.

The Avalon Oilfield is currently in the second term of its license which will expire in June 2022.

The extension of this license by the UK Oil and Gas Authority (OGA) is subject to the following the issuance of a “no objection letter” by the OGA on the concept select report to be submitted by PING UK as the operator of Avalon Oilfield, and the submission of an acceptable field development plan (“FDP”) to the OGA, subsequent to the issuance of the “no objection letter.“

PING plans to engage with the OGA this month over the concept select and is targeting for the submission of the FDP to be done before the end of 2021. As for the acquisition of the 50 percent stake from Summit, PING will first pay $5 million after completion of the transaction, with the remaining $12.0 million to be paid on a contingent basis on completion of key project milestones and via a production-linked payment.

According to DNeX, Summit has been actively sourcing for a buyer for its remaining 50% interest in the development of the Avalon Oilfield "as they reportedly intend to shift away from the fossil fuel business."

"As the joint-owner and operator of the Avalon Oilfield, the proposed acquisition would allow PING UK to avoid any potential conflicting decisions which may arise should [Summit] sell its 50% interest to a third party. In addition, the development of the Avalon Oilfield is expected to result in a significant increase in oil production and reserves for PING UK.

"The development will also provide significant portfolio risk mitigation as PING UK’s revenues would be realized from two independent installations namely from the Anasuria cluster and the Avalon Oilfield after the first production from the Avalon pil field. Further, the Avalon oil field is a proven discovery with significant upside in a politically stable region," DNeX said.

Following submission of the FDP, PING plans to begin work on the Front End Engineering and Design (“FEED”) for the selected development concept whole sourcing for long-lead items and materials for drilling and development activity.

Following approval of the FDP which Ping expects by Q2 2022, the company plans to start drilling of development wells on Avalon in Q3 2022 while installation and hook-up of the production facility is planned one year later in Q2 2023.

"Based on the current estimates, Avalon oil field is expected to begin producing oil by July 2023," the company said, without sharing details on the development concept.

Back in early 2020, UK-focused oil firm Jersey Oil & Gas said it would lead a study aimed at forming a hub to potentially collaboratively develop oil discoveries made by several operators in the Greater Buchan Area in the UK North Sea.