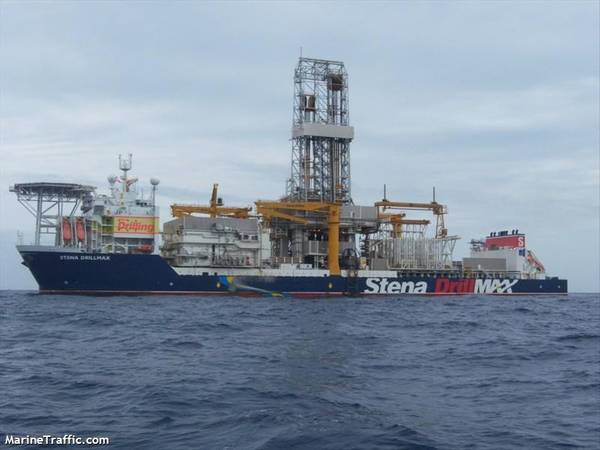 U.S. oil major ExxonMobil has made another oil discovery at the prolific Stabroek offshore block in Guyana. This adds to around nine billion barrels of oil equivalent discovered over the past few years and paves way for future development.

The discovery was made at Whiptail-1 well at the 6.6 million acres (26,800 square kilometers) offshore block. The well encountered 246 feet (75 meters) of net pay in high-quality oil-bearing sandstone reservoirs.

The Whiptail discovery is located approximately 4 miles southeast of the Uaru-1 discovery that was announced in January 2020 and approximately 3 miles west of the Yellowtail field. Whiptail-1 is being drilled in 5,889 feet (1,795 meters) of water by Stena Drilling's Stena DrillMAX drillship.

"Drilling is also ongoing at the Whiptail-2 well, which has encountered 167 feet (51 meters) of net pay in high-quality oil-bearing sandstone reservoirs. Drilling continues at both wells to test deeper targets, and results will be evaluated for future development, ExxonMobil said.

Whiptail-2, which is located 3 miles northeast of Whiptail-1, is currently being drilled in 6,217 feet (1,895 meters) of water by the Noble Don Taylor drillship. 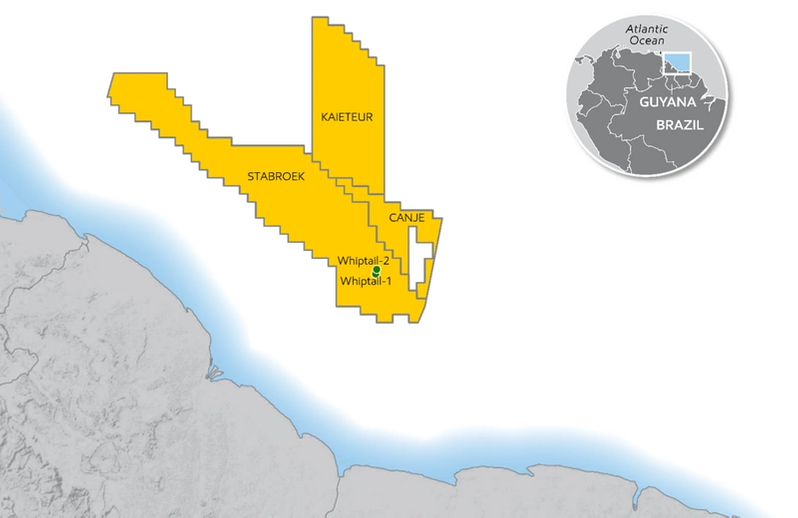 Credit: ExxonMobil“This discovery increases our confidence in the resource size and quality in the southeast area of the Stabroek Block and could form the basis for a future development as we continue to evaluate the best sequence of development opportunities within the block,” said Mike Cousins, senior vice president of exploration and new ventures at ExxonMobil.

Guyana currently has only one oil production unit, the Liza Destiny FPSO at Exxon's Stabroek Block, which has been in production since December 2019. It produces around 120,000 barrels of oil per day. However, several more, larger, FPSOs are planned to be deployed in the coming years to develop the discovered oil reserves.

"ExxonMobil envisions at least six projects online by 2027 and sees potential for up to 10 projects to develop its current recoverable resource base," the company said. 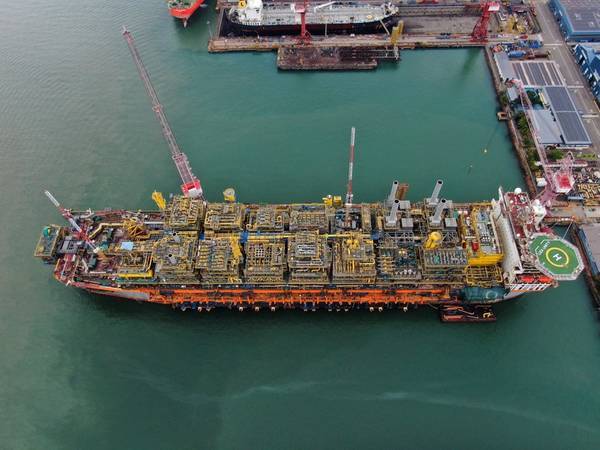 The next development planned for the startup is the Liza Phase 2, which is on target for early 2022. It will be developed using the SBM Offshore supplied Liza Unity FPSO which is expected to sail from Singapore to Guyana in late August 2021. The Unity has a production capacity of approximately 220,000 barrels of oil per day.

Exxon further said that the hull for the Prosperity FPSO vessel, destined for the Payara development in the same block, is complete, and topsides construction activities are ongoing in Singapore with a startup target of 2024. The first Payara development well was spudded in June 2021, and the offshore SURF installation will begin in 3Q 2021.

The fourth discovery expected to be developed is the Yellowtail, with an anticipated startup in 2025. Following necessary government approvals and a final investment decision, this project will develop the Yellowtail and Redtail fields, which are located about 19 miles (30 kilometers) southeast of the Liza developments, and potentially adjacent resources.

"These new projects continue to contribute to the advancement of the Guyanese economy. More than 2,600 Guyanese are now supporting project activities on and offshore, which reflects an increase of more than 20 percent since the end of 2019. ExxonMobil and its key contractors have spent approximately US$388 million with more than 800 local companies since 2015." ExxonMobil said.

According to Jim McCaul, head of IMA/WER and an expert on Floating Production Systems for more than three decades, "Guyana Has a Huge Appetite for FPSOs," summarizing:

IMA/WER's floating production report has up-to-date details and contracting status for more than 200 floater projects in the planning stage. Around 55% of these envisage use of an FPSO. Another 10% will require a production semi. The rest are LNG and floating storage projects.

The report also has details for 44 production or storage floaters on order, more than 300 floating production units in service and 44 production floaters available for redeployment contracts. 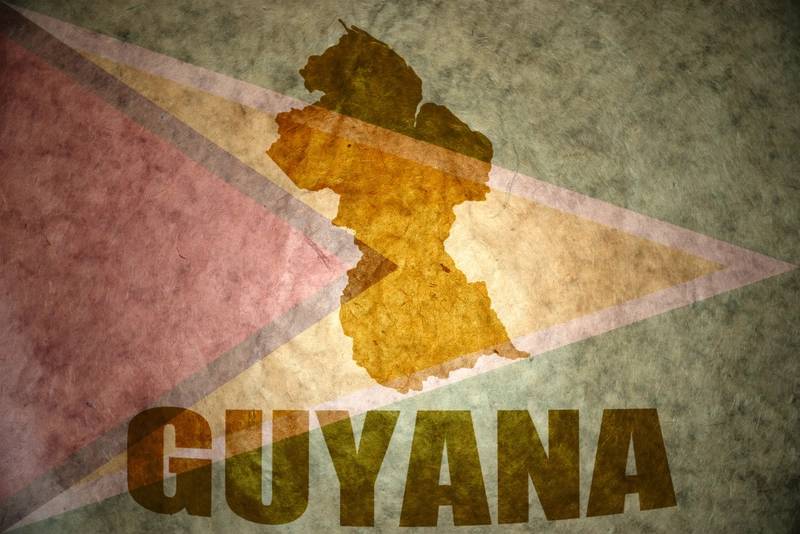