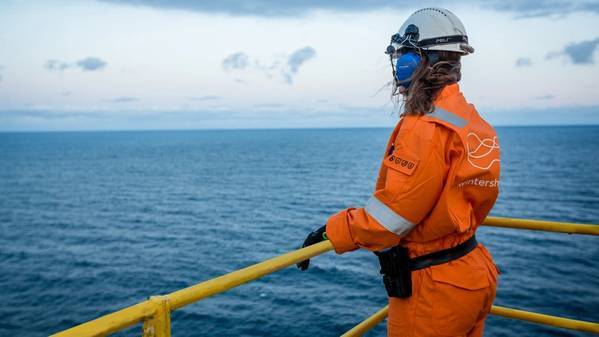 Brent oil prices have fallen to just under $75 from a peak of $77 a barrel in early July, which were the highest since 2018.

Chief Executive Mario Mehren said of the second quarter; "(It) has stabilized our credit ratings and gives us significant flexibility to follow our strategic objectives."

Wintershall Dea's planned stock market listing was put on hold last month with BASF saying the market was underestimating the value of oil and gas companies.

Capital expenditure fell 37% to 223 million euros and is on track to achieve full year guidance of 1-1.1 billion euros.

Wintershall Dea's production outlook for the full year is now for 630-640 million barrels of oil equivalent (boe/day) after its second-quarter production was 1% up year-on-year.

Wintershall in the second quarter released another 100 million euros in dividend to shareholders, completing payment of a total 600 million this year after suspending its 2020 dividend.

The company, which produces gas and oil in 13 countries, was helped by a new discovery in Norway close to existing infrastructure.

Its core regions are Russia, Argentina, North Africa, and the Middle East.