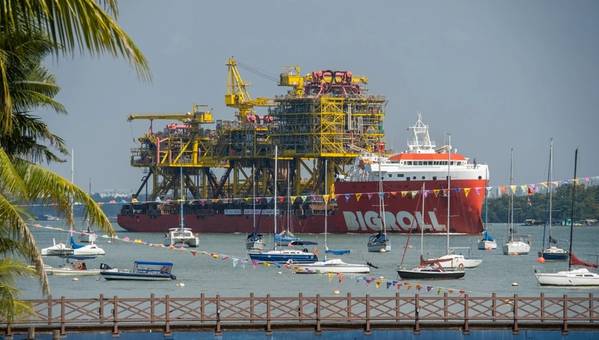 The topsides and bridges sailed away from Sembcorp Marine Admiralty Yard Sunday. They will replace Tyra’s aging facilities to support further production. According to photos shared by Sembcorp Marine, the facilities are being shipped by the Bigroll Beaufort vessel, which is now on its way to Sri Lanka, AIS data shows.

The Tyra Redevelopment consists of three main elements: Removal and decommissioning of the prior Tyra platforms, reuse, and 13 meters extension of the existing jackets at six platforms that will have new topsides and a new process platform and a new accommodation platform.

Noreco, Total's partner in the project, said in November 2020, that the start-up of the Tyra Redevelopment was expected in the second quarter of 2023, and not in 2022 as previously planned, citing COVID-19 impact and restriction imposed at the fabrication yards.

In a statement on Monday, Noreco said that the voyage of the Bigroll vessel loaded with Tyra goods was expected to take approximately one month followed by an offshore installation window late August to early September. 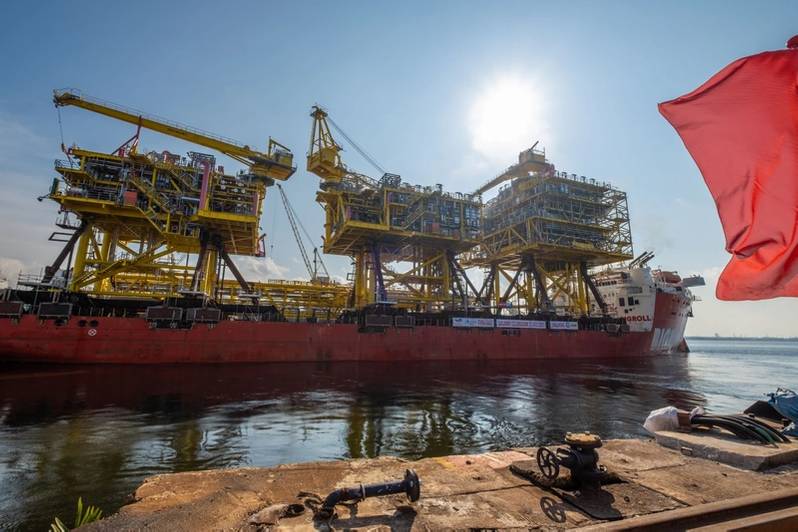 Commenting Sunday, Sembcorp Marine Head of Offshore Platforms, Samuel Wong, said, “Amid the multitude of challenges brought on by COVID-19, Sembcorp Marine is proud to have completed the structures safely for our customer. The topsides are delivered building on our extensive track record in constructing topside modules and other facilities for the offshore, marine, and energy industries.”

Vice President, Head of the Tyra Redevelopment TotalEnergies EP Denmark, Morten Hesselager Pedersen, said: “Today we celebrate the sailaway of the first new Tyra topsides towards the Danish North Sea. The sailaway is a result of the good collaboration between Sembcorp Marine, and our site team at the yard in Singapore. The Tyra Redevelopment project reaches a key milestone as the topsides are installed later this summer, and we will see the physical contours of Tyra II, which will be the new high-tech hub for Danish natural gas and reduce CO2 emissions by 30%.”

In December 2019, Sembcorp Marine secured the subcontract to construct six topside modules and four bridges for the TotalEnergies EP Denmark’s Tyra Redevelopment Project. The remaining topside modules and bridges are projected to be delivered in January 2022.

When back in operation, Tyra is expected to reach peak production of approximately 60,000 boepd.

David B. Cook, Chief Executive Officer in Noreco said Monday: "The sail away of the three topsides reinforces our confidence in the progress to first gas in Q2 2023. The redeveloped Tyra will be a major step-change for our business and is expected to deliver significant shareholder value."