M.A.R.S to Recycle Veslefrikk B platform 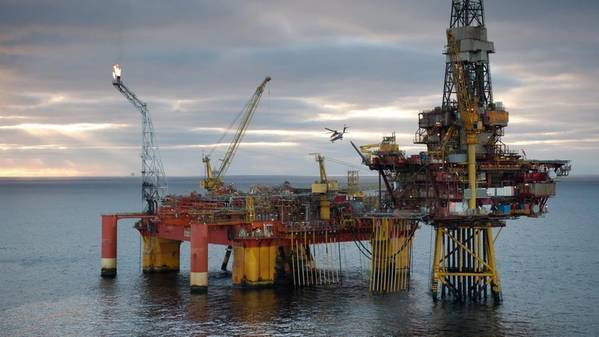 The Veslefrikk field in the North Sea. (Photo: Øyvind Hagen/Equinor)

Modern American Recycling Services Europe (M.A.R.S) said Thursday it had secured the contract for deconstruction and recycling of Equinor's Veslefrikk B platform in the North Sea, offshore Norway.

The Veslefrikk B platform is a semi-submersible production platform, complete with accommodation and process equipment. It is tied in to the fixed wellhead platform Veslefrikk A

Equinor is planning to cease producing from the Veslefrikk field in Q1 2022, after more than 30 years on stream and over 400 million barrels of oil equivalent produced.

Following a plant decommissioning period after cessation of production, Equinor will tow the Veslefrikk B to the disposal yard, where the platform will be handed over. It will then be towed to M.A.R.S. Europe for deconstruction and disposal.

All onshore activities will be performed in Port of Frederikshavn, Denmark, M.A.R.S said.

"This work is expected to employ around 60 people at peak." M.A.R.S said, without sharing the financial details of the contract.  The Veslefrikk B weighs about 25,000t.

According to a recent report by Equinor, Veslefrikk B will be towed to shore for dismantling in the autumn of 2022, and Veslefrikk A is scheduled to be removed in 2025/26.

Related: Equinor, Partners to Shut Down Veslefrikk Field for Good in 2022