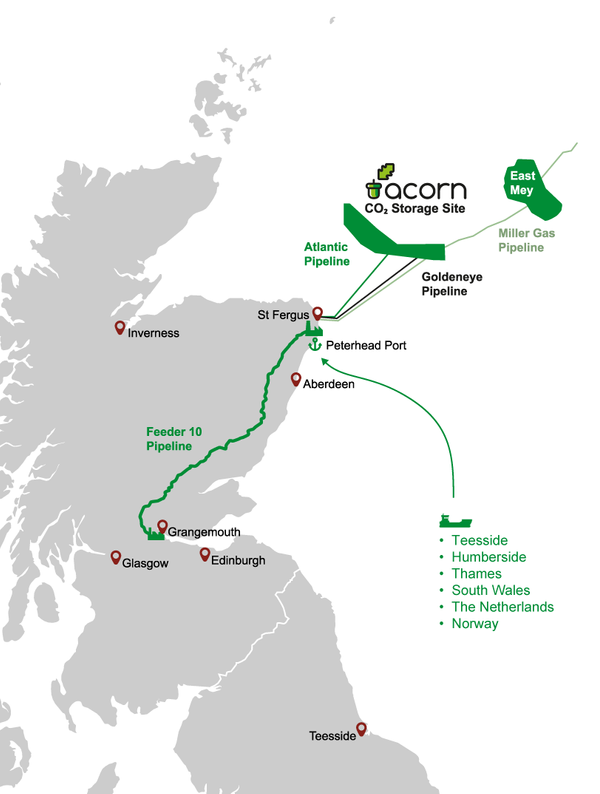 Oil and gas major Shell is taking the role of Technical Developer for the Acorn Carbon Capture and Storage (CCS) Project in Scotland, the partners in the project said Tuesday.

The carbon capture and storage project in the UK, run by Storegga, Shell, and Harbour Energy,  includes the CO2 capture project at St Fergus and the transport and storage project which will transport CO2 offshore from St Fergus through the existing Goldeneye pipeline to the Acorn CO2 Storage Site – a large volume of sandstone rock, found over 2.5km under the seabed, approximately 100km offshore from St Fergus.

As Technical Developer, Shell will be assuming responsibility for the technical planning and execution of these CCS projects using its capability and experience in major infrastructure developments.

"These projects establish St Fergus as the hub for the Scottish Cluster as a key enabler in the transition to low carbon energy, and create growth potential for future CO2 transportation and storage," the partners in the project said.

Storegga, through its subsidiary Pale Blue Dot Energy, will continue as the Lead Project Developer for Acorn.

Acorn CCS Phase One would see around 300,000 t/yr of existing CO2 emissions from the St Fergus gas terminal captured, dried, compressed and sent through the Goldeneye pipeline to be injected into the offshore site.

According to information on the project's website, the first phase of Acorn CCS offers a low capital cost start, that can be delivered by the mid-2020s – establishing the critical CO2 transport and storage infrastructure required for the wider Acorn build-out including Acorn Hydrogen and the import of CO2 to St Fergus from ships at Peterhead Port and from Scotland’s industrial Central Belt.

The project is funded and supported by industry partners (Storegga, Shell and Harbour Energy), the UK and Scottish Governments and the European Union. It is led by Storegga's Pale Blue Dot Energy with Shell now working as the Technical Developer for the Acorn CCS Project. 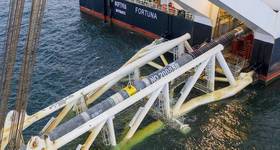