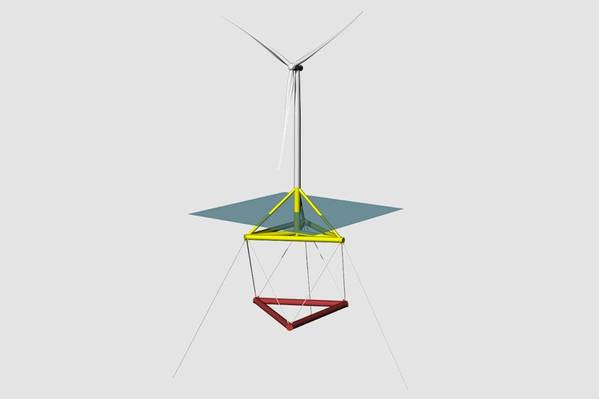 Shell and RWE have hired Akselos to model the TetraSpar floating wind foundation demonstrator, which will be installed offshore Norway later this year.

Akselos said it would use Integra, "the world’s most powerful structural simulation software," for the project.

"The ‘Digital TetraSpar’ will interface with sensors on the structure and act as a detailed, holistic structural model of the demonstrator. The unique speed and scale of Akselos’ software means the behavior of the entire structure can be analyzed in near real-time. This will provide insights to drive further improvements in the design and operation of the concept, resulting in lower cost, optimized maintenance, and inspection workflows, among many other benefits," Akselos said.

Michiel van Haersma Buma, VP Customer Success at Akselos, said: “This is a hugely exciting project to be involved in. Commercialization of floating offshore wind, which is vital to our ability to meet the targets set by the Paris Agreement, is hampered by the high cost of existing designs and subsequently operating them.

" The TetraSpar concept could completely change that and, by using Integra, the developers will be able to further optimize the design and accelerate validation. That will, in turn, be key to get the concept to market sooner. Akselos’ technology is a key enabler for the industrialization of floating offshore wind."

This is the second floating wind win for Akselos, with a structural digital twin already deployed on the WindFloat Atlantic project as part of a US Department of Energy grant.

“Shell is focused on identifying and developing the next generation technologies to help accelerate the energy transition,” said Steven Zijp, Project Engineer Offshore Wind at Shell. “The partnership between Akselos, TetraSpar, RWE, and Shell enables us to further scale and manage floating offshore wind turbines, making them safer and more cost-efficient, while allowing developers access to deeper and more challenging waters around the world.”

The TetraSpar Demo project is developed by Stiesdal Offshore Technology, TEPCO Renewable Power, Shell, and RWE. The project will be installed 13km from the coast at the Marine Energy Test Centre, near Stavanger, southeast Norway.

According to World Energy Reports, the floating wind installed capacity will reach between 8 to 10 GW by the end of this decade, and next decade WER expects to see more than 60GW of floating wind farms commissioned.