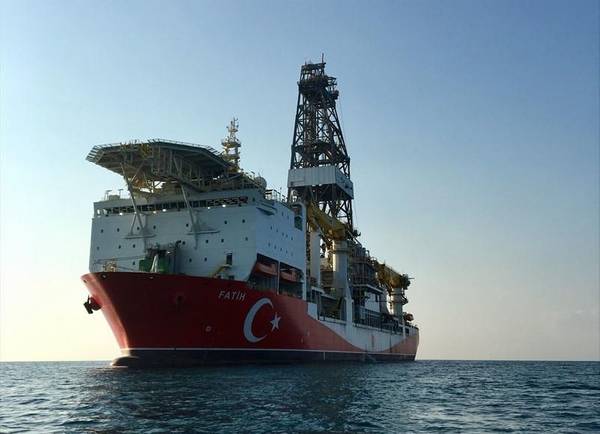 "Our Fatih drillship made a discovery of 135 billion cubic meters of natural gas in the Amasra-1 borehole in the Sakarya gas field," Erdogan told an opening ceremony in the Black Sea province of Zonguldak.

"Our new drilling operations around (the borehole) continue, God willing we expect new good news from this region," he added.

Turkey uses two of its three drillships to speed up field development. In a sign that the size of reserves would upgrade after each drill, Energy Minister Fatih Donmez said last month that one drillship would open new test wells to appraise firmer reserve figures while the second one will upgrade testing wells to production status. 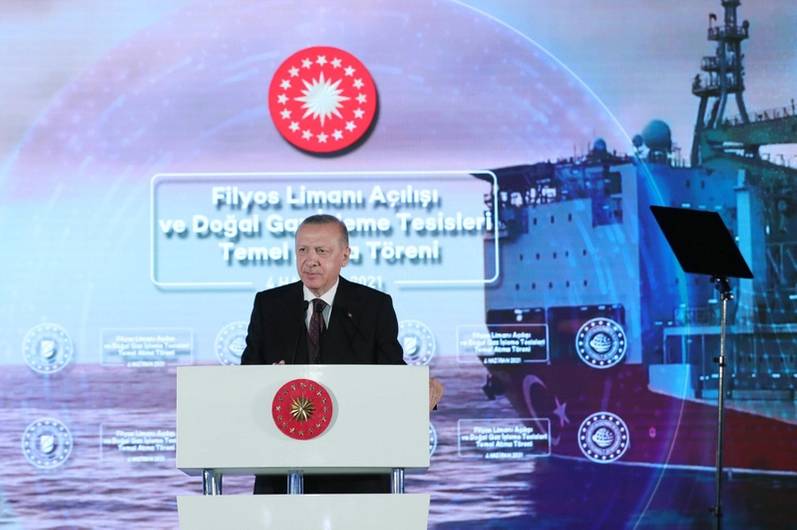 Ankara aims to pump gas from the Sakarya field to its main grid in 2023, with sustained plateau production starting in 2027 or 2028. The field will reach full production status after a four-phase development plan, Donmez has said.

A pipeline stretching at least 160 km will be required to connect new wells in the region to the main grid, while Ankara will need to construct a receiving station within two years to match its timetable.

Turkey, which has little oil and gas, is highly dependent on imports from Russia, Azerbaijan and Iran, as well as LNG imports from Qatar, the United States, Nigeria and Algeria for its gas. It imported 48.1 bcm of gas last year, up 6% from a year before, of which a third were from Russia.

Turkey has also been exploring for hydrocarbon resources in the Mediterranean, where its operations in disputed waters have stoked tensions with Greece and Cyprus.

(Reporting by Can Sezer and Ece Toksabay; Writing by Tuvan Gumrukcu, Editing by Angus MacSwan)