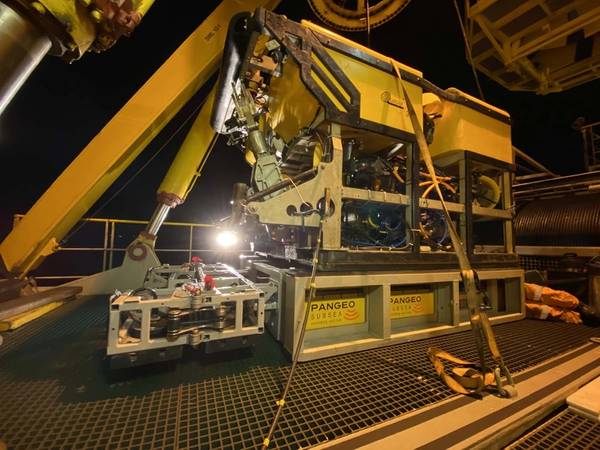 PanGeo will be supporting the growing renewable markets in the region by providing acoustic imaging services for cable depth of burial specifically for Formosa 2 with plans to provide technology solutions to other developers in the region as more offshore wind projects are announced. The move comes as PanGeo was awarded a series of cable depth of burial survey along the export cables of one of the region’s largest offshore wind farms. Expected to commence April 2021, the surveys will see the SBI image the cables to a depth greater than 1.5m burial depth while the SBI is mobilized onto an ROV for the duration of operations. Jointly developed by JERA (49%), Macquarie's Green Investment Group (26%) and Swancor Renewable Energy (25%), Formosa 2 offshore wind project is located between four and ten nautical miles off Miaoli County, with 376 MW installed capacity.

There will be 47 Siemens 8 MW turbines on jacket foundations installed in up to 55m water depth. “We are excited to be taking our 3D sub-bottom imaging technology into Taiwan,” said Moya Cahill, CEO, PanGeo. “Taiwan’s investments in science and technology, coupled with the region’s growing offshore wind investments, make the move into the region a winning strategy for PanGeo Subsea."