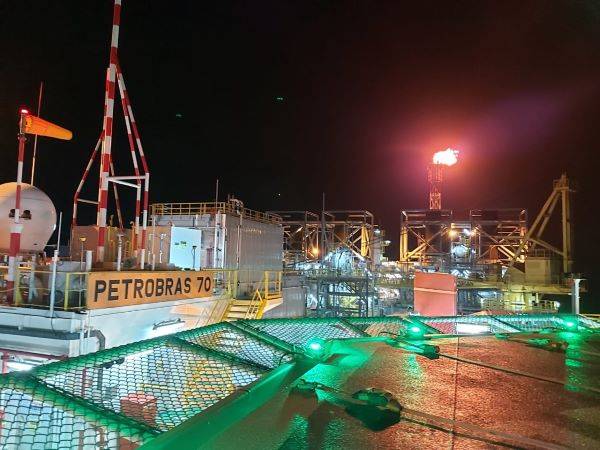 Brazil's Petrobras produced 2.196 million barrels of oil a day in the first quarter, the state-run company said on Tuesday, an increase from the fourth quarter, but a decline in yearly terms.

Petroleo Brasileiro SA, as the company is formally known, attributed the quarterly production boost in part to the ramp-up of its P-70 platform in the major, deepwater Atapu field. The company also had fewer scheduled maintenance stoppages than in the fourth quarter, Petrobras said in a securities filing.

Divestments over the course of the year as well as production declines at mature fields weighed on production figures in yearly terms.

Output at a major field was slowed in March due to a coronavirus outbreak, unions previously told Reuters. Petrobras made no mention of production impacts from COVID-19 in its output report, but acknowledged pandemic-related operational restrictions.

"Due to the worsening of the pandemic seen in Q1 2021, we reduced personnel aboard our platforms again and adopted a specialized embarkation system with the intent of reducing the daily flow of people," the company said.

Crude output was down 5.3% from the first quarter last year, but up 2.9% from the fourth quarter.

The company produced 2.72 millions barrels of oil equivalent per day (boepd), a measure that includes natural gas. That figure represented a 4.8% decline in annual terms and a 3.1% increase from the previous quarter.

Exports of oil and derivatives fell sharply in the first quarter, in both annual and quarterly terms. The drop was due to a decline in production at the end of the fourth quarter, which was provoked by scheduled maintenance stoppages that had been put off from earlier in the year due to coronavirus restrictions, the company said.