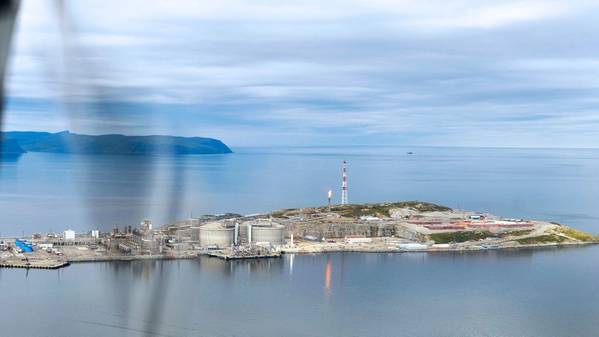 Equinor must fix a series of rule breaches exposed by a fire at its Melkoeya liquefied natural gas (LNG) plant in Norway last year for the plant to reopen, the country's safety watchdog said on Thursday.

The September 2020 blaze shut down production at the plant, also referred to as Hammerfest LNG, and Equinor has said it could take until October to be repaired.

"The serious breaches that we saw are related specifically to management and compliance to procedures ... and also to manning in the organization," Anne Myhrvold, director of the PSA watchdog, told Reuters after presenting the investigation's findings.

Other deficiencies were related to risk analysis and filter maintenance, as well as the need for an overview of the emergency response resources, she added.

The fire broke out in the air intake of a gas turbine generator, the PSA said, where filters had likely auto-ignited after being clogged by insects.

The filters had not been replaced since 2015, while Equinor had previously changed them every two years, it added.

No workers were injured in the six-hour blaze.

The watchdog ordered Equinor to ensure operations staff had access to the information needed to ensure safe operations and to demonstrate the plant has adequate staffing and competence to deal with all conditions.

The company must present a plan for complying with the orders by June 1 and address the issues raised before the plant can restart, the PSA said.

"We take this incident very seriously... and we will respond in a thorough and timely manner," Irene Rummelhoff, Equinor's head of marketing, midstream and processing, told Reuters.

Rummelhoff added the company's own investigation would look into why the filters had not been replaced earlier.

Europe's only large-scale LNG plant, at Melkoeya island just outside the Arctic town of Hammerfest, can process 18 million cubic meters (mcm) of gas per day when fully operational.

Gas is piped from the offshore Snoehvit field some 160 km (100 miles) away in the Barents Sea, which was also forced to shut as a result of the plant's closure.

On Dec. 2, a fire in a compressor building shut down operations at Equinor's methanol plant at Tjeldbergodden. The PSA is also investigating this incident but has not yet published its findings.