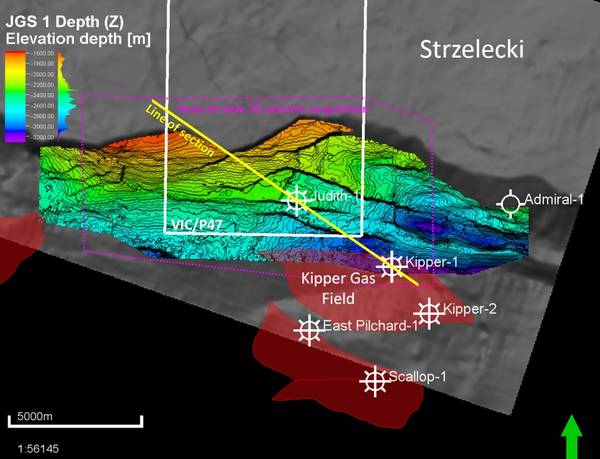 According to Emperor Energy, the new seismic data is shown to provide "a major improvement" in the definition of seismic imagery with the potential to significantly de-risk the Greater Judith Structure for appraisal and exploration drilling.

The seismic license, for which the company will pay AUD $732,180.90 in installments, provides Emperor Energy with access to survey data over and around the Judith Gas field comprising 37km2 within Exploration Permit Vic/P47 as well as further areas outside of Vic/P47 to the west, south and east that are required to fully define the Greater Judith structure.

What is more, the seismic deal also fulfills a key regulatory condition allowing Emperor to extend the required timeframe to drill the Judith-2 exploration well to August 22, 2023, and also give Emperor Energy more time to find a potential drilling partner.

Emperor Energy in July 2019 advised that an Independent Resource Statement had been completed for the Judith gas field, with 2C Contingent Gas Resource estimated at 150 Bcf and P50 Unrisked Prospective Gas Resource of at 1.226 Tcf.

"This new seismic data was acquired by CGG during 2020 as part of a multi-client 3D seismic survey that covered much of the Offshore Gippsland Basin including the Judith Gas Field," said Emperor Energy which owns a 100% stake in the license containing the gas field. 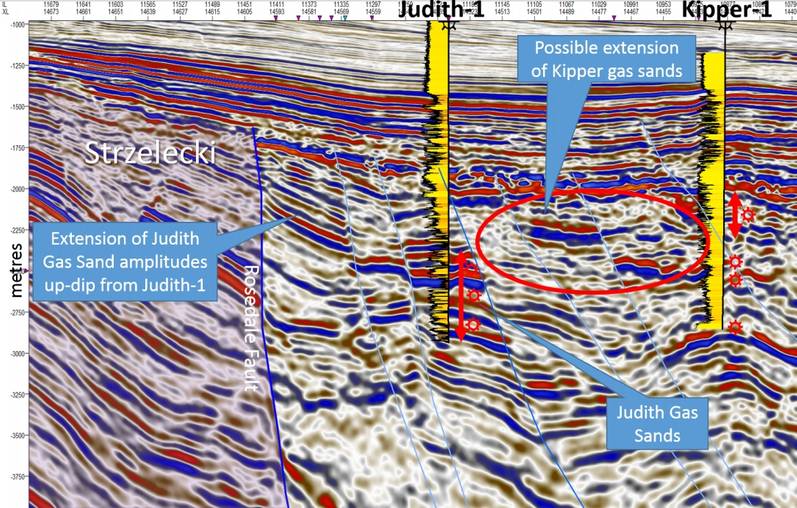 Emperor Energy said that initial examination of the new data by its consulting Geologists and Geophysicists confirms a major improvement in seismic data quality compared to previous seismic imagery providing high definition across the Judith Gas Field and much of the Greater Judith Structure. Some further improvement in data quality is expected in the final processed data volume.

High seismic amplitude (low impedance) response is used as a potential indicator of gas. Seismic sections across the Judith gas field indicate that high amplitude/low impedance responses are well developed in the sections correlating with the Judith gas sands intersected in the Judith-1 well, and also in the interpreted underlying Longtom reservoirs, and can be seen extending significantly up-dip into the Greater Judith Structure from the original Judith-1 gas discovery drilled in 1989 by Shell, the company said.

The improved seismic data quality in the new seismic volume will allow Amplitude Versus Offset (AVO) modeling to be employed as a Direct Hydrocarbon Indicator (DHI) in these reservoir sands across the Greater Judith Structure, Emperor Energy added.

Further, the oil and gas company said that the initial examination of the new seismic also shows the presence of high amplitude responses indicative of the possible presence of gas in interpreted Kipper Gas Sands extending from the currently producing Kipper Gas Field (operated by Exxon Mobil) into the southeastern corner of Vic/P47.

"The possible extension of the Kipper Gas Field into Vic/P47 will be assessed by future work," Emperor Energy said, adding that its consulting Geologists and Geophysicists will continue with detailed interpretation and analysis of the seismic data throughout April and into early May.

"This will include redefinition of fault blocks and gas sand horizon continuity within each block, seismic correlation against the Kipper 1 and South East Longtom 1 wells along with AVO analysis to highlight potential gas reservoirs," Emperor Energy said.

Emperor Energy Director Phil McNamara said: “The proximity of the Judith gas field to the Rosedale Fault in the North had previously affected seismic data quality as you get closer to the fault resulting in poor seismic response as you progress up-dip from the Judith-1 gas discovery. The new MC3D seismic data volume, including MAZ merge with earlier CGG legacy reprocessing, provides a major improvement in seismic definition and continuity and to a large extent overcomes this problem.

We now have the seismic data and tools required to accurately refine the preferred locations of these wells and what the expected total gas production could be from each."

He said that by mid-May 2021, the company will have a clearer picture of hydrocarbon indicators across the gas field, and that he considered that that would "greatly enhance our prospects of securing an Exploration Partner to participate in the drilling of the Judith-2 Well."