Oil Prices Up as OPEC+ Meets to Decide on Output Policy 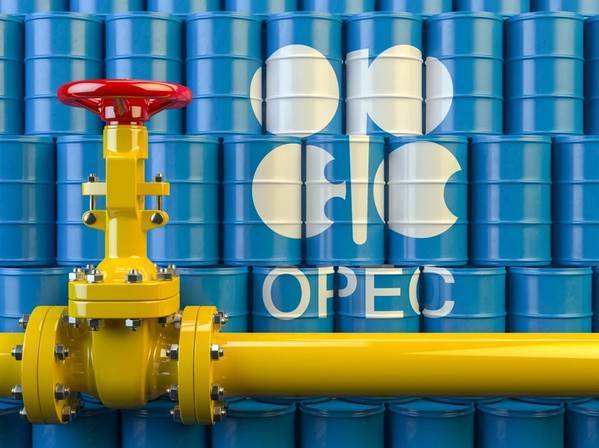 Oil prices rose on Thursday on optimism over a U.S. government spending plan and hopes that OPEC and its allies will keep production curbs in place when they meet on Thursday.

Ministers from the Organization of the Petroleum Exporting Countries (OPEC) and allies including Russia, a group called OPEC+, meet on Thursday to reassess output policy.

OPEC+ will debate options from May and beyond, including a rollover of existing cuts and a gradual increase of production, three OPEC+ sources said.

OPEC+ is currently curbing output by just over 7 million barrels per day (bpd) to support prices and reduce oversupply. Saudi Arabia has added to those cuts with a further 1 million bpd.

"Given the recent wobble in prices, along with demand concerns re-emerging once again, there is a growing consensus that the OPEC+ will likely roll over current cuts for an additional month," ING analyst Warren Patterson said.

OPEC+ has trimmed its oil demand growth forecast for this year by 300,000 bpd over renewed lockdowns, making it more likely the group will agree to sustain its curbs.

France entered its third national lockdown and schools closed for three weeks to push back a third wave of COVID-19 infections that threatens to overwhelm hospitals. Several other European countries have also increased restrictions.

Oil also found some support in U.S. economic strength after President Joe Biden outlined a $2.3 trillion spending plan to invest in traditional projects such as roads and bridges alongside tackling climate change.

"The inventory data ... showed that the situation is continuing to normalise on the U.S. oil market," Commerzbank analyst Eugen Weinberg said.

Other factors, including the rise of gasoline demand in the United States, also supported prices, Weinberg said.

(Reporting by Bozorgmehr Sharafedin in London, additional reporting by Aaron Sheldrick in Tokyo; editing by Christopher Cushing and Jason Neely)