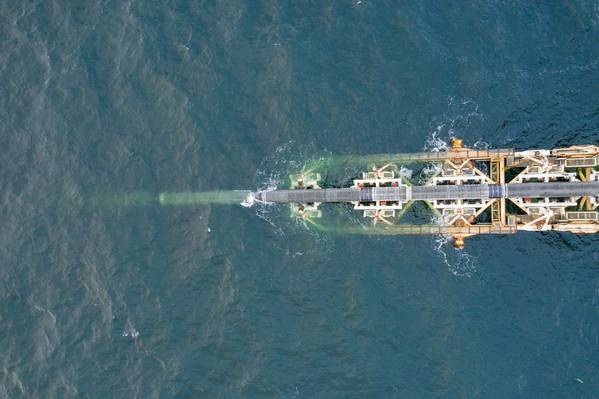 "Any entity involved in the Nord Stream 2 pipeline risks U.S. sanctions and should immediately abandon work on the pipeline," Blinken said in a statement, adding the Biden administration is committed to complying with 2019 and 2020 legislation with regards to the pipeline and sanctions.

Shortly after Blinken's statement, Senator Ted Cruz, a Republican and an opponent of the pipeline, lifted a hold he had placed on two of President Joe Biden's nominees, including William Burns for director of the Central Intelligence Agency.

Nord Stream 2, led by Russia state energy company Gazprom with its Western partners, would double the capacity of an existing link to take Russian gas to Germany under the Baltic Sea. Biden believes the project is a "bad deal" for Ukraine and Central and Eastern European allies, Blinken said.

The pipeline would bypass Ukraine, likely depriving it of lucrative transit revenues and potentially undermine its efforts against Russian aggression.

Sanctions law that went into effect this year require the State Department to sanction companies that help Nord Stream 2 lay pipeline or provide insurance or certification of its construction. Nearly 20 companies, mostly insurance firms, recently quit the project after Washington warned them in recent months that they could be sanctioned.

Cruz said he would maintain a hold on Wendy Sherman, who Biden has nominated to be the No. 2 official at the State Department until the administration imposes full sanctions on ships and companies involved in the project. Sherman easily passed through the Senate Foreign Relations Committee last week and a hold would only likely delay a full Senate vote on her nomination.