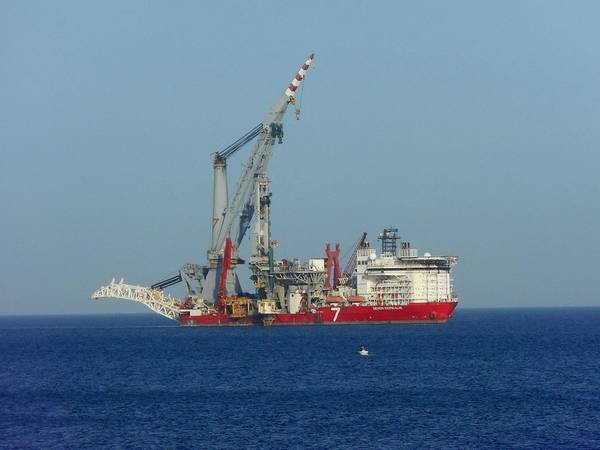 Illustration: A Subsea 7 vessel - Image by SV1XV, Ipernity - Shared under CC BY 3.0 license

Offshore installation contractor Subsea 7 said Friday it had won a sizeable contract, which means it is valued between $50 million and $150 million.

In a brief update in which it did not reveal many details, Subsea 7 said the scope of work includes engineering, project management, and procurement.

The contract will be recorded in the backlog of the Subsea and Conventional business unit in the first quarter, Subsea 7 said.

"No further details are disclosed at this time due to contractual obligations," the company said.

Ex-Equinor CEO nominated for Subsea 7 Board

In a separate statement Friday, Subsea 7  said that Elisabeth Proust, currently Independent Director and member of both the Audit Committee and the Compensation Committee, will not be standing for re-election at the AGM.

"The Board of Directors proposes Mr. Eldar Sætre for election at the AGM as independent Non-Executive Director, with the appointment being effective from 1 June 2021," Subsea 7 said.

The board also proposed that Kristian Siem and Dod Fraser be re-elected as the company's Directors at the AGM.