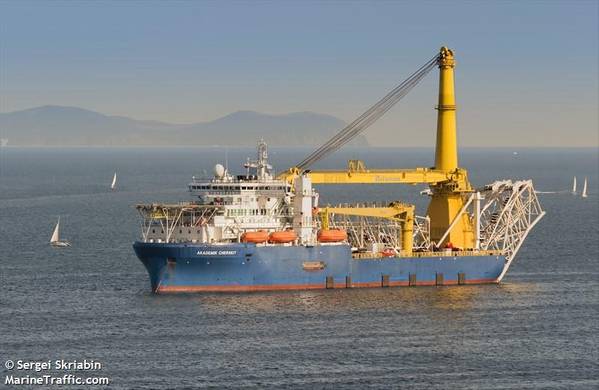 The consortium behind the Nord Stream 2 undersea gas pipeline said on Thursday a second Russian pipe-laying vessel is undergoing sea trials ahead of joining the project, as it presses on with construction despite growing political pressure.

The vessel, the Akademik Cherskiy, left the German port of Wismar on Thursday with the intention of later joining the project in Danish waters, the consortium told Reuters.

The United States has criticized the plan to build the pipeline from Russia to Germany, aimed at pumping more Russian gas to Europe, saying it would increase Russia's economic and political leverage over the region.

The stand-off has become more acute since last month's imprisonment of Kremlin critic Alexei Navalny, who claimed he was poisoned by the Russian government with a nerve agent in August.

Russian President Vladimir Putin has said the pipeline will be built and is beneficial both for Russia and Europe.

"The pipelay vessel Akademik Cherskiy departed from the port of Wismar and transited in the direction of Kaliningrad to undergo sea trials. Upon the sea trials completion, the vessel is planned to start pipelay works in the Danish EEZ," Nord Stream 2 said.

"Nord Stream 2 AG has submitted the relevant notification to the Danish Maritime Authority (DMA). All works shall be performed in accordance with the available permits."

Separately, the DMA said it expects the construction works to be finished by the end of September. Another Russian vessel, Fortuna, is currently laying pipes in Danish waters.

The pipeline is mostly complete, but as of early February about 120 km had yet to be laid in Danish waters and almost 30 km in German waters.

Nord Stream 2 is designed to double the capacity of the existing undersea Nord Stream gas pipeline from Russia to Germany to 110 billion cubic metres per year, equivalent to more than half of Russia's overall gas pipeline exports to Europe.