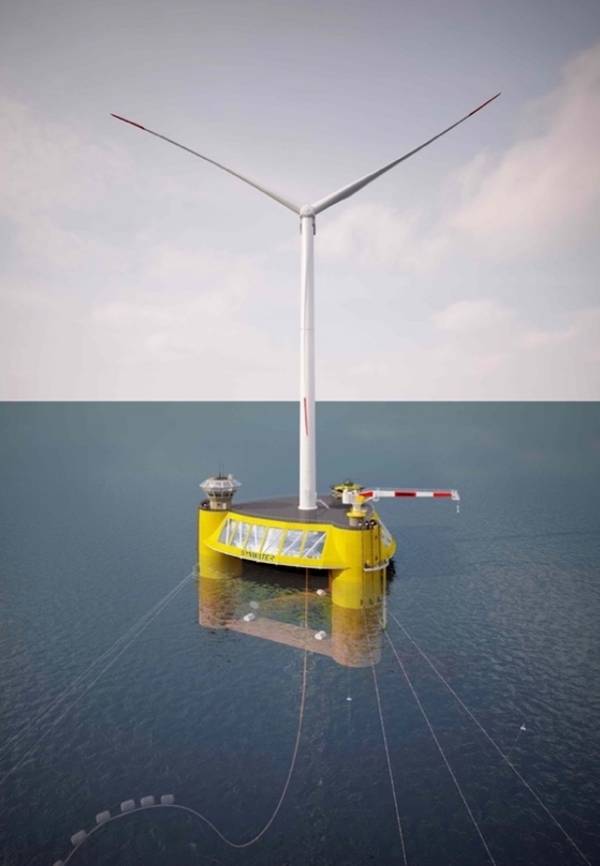 The Middle East might soon be home to a unique floating wind turbine project led by a group of European companies.

Namely, unlike the other floating wind projects currently developed or being worked on, aimed purely at producing electricity, this project, named Floating WINDdesal (FWD) is envisioned as "floating water utility," to be used to make seawater into potable water for coastal regions.

The project, led by German-based SYNLIFT Industrial Products (SIP), consists of a seawater desalination plant and a wind turbine, both supported by a floating semi-submersible structure.

Both project management and general planning lie with the Potsdam-based company SYNLIFT Industrial Products (SIP), which specializes in the field of seawater desalination powered by renewable energies.

Installation 'most probably' in the Middle East

"A first FWD project implementation – most probably in the Middle East – is to begin this year. Through the innovative combination of flexible processing, integrated energy and load management and extra-long blade wind technology, FWD seawater desalination is almost entirely powered by wind energy," SYNLIFT Industrial Products said in a press statement sent to Offshore Engineer.

With three module sizes in preparation, the daily water treatment capacity of what SYNLIFT says is an eco-water-utility is 15,000, 30,000 or 50,000 m3 per day. The largest FWD module can provide drinking water for up to half a million people, SYNLIFT says.

Applying the semi-submersible technology – originally developed for deep-sea oil drilling and today increasingly also used for offshore wind energy – locations with greater water depths can also be activated cost-effectively for FWD with a minimized impact of seawater desalination on the maritime and terrestrial environment, the company explains. 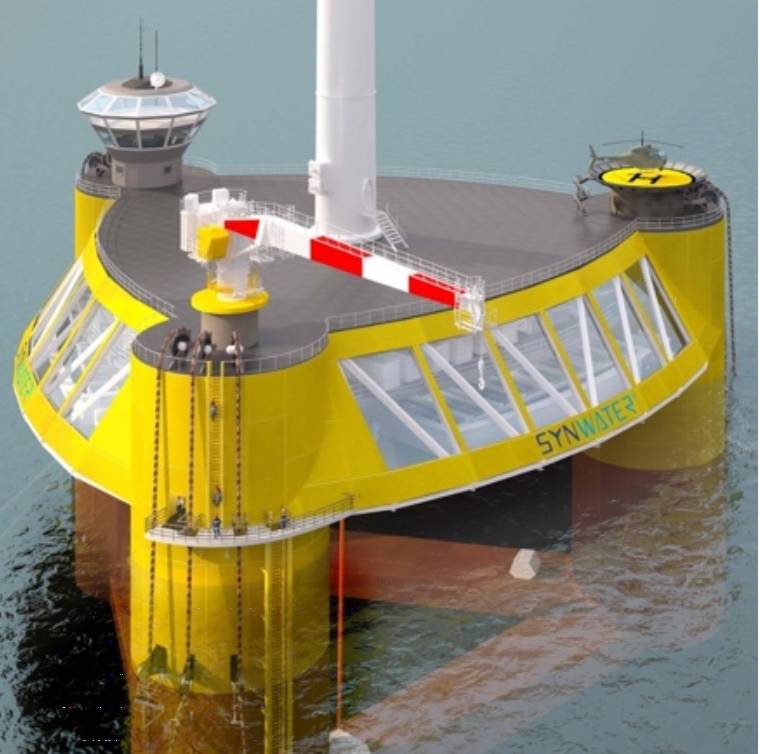 The floating utility solution is easy to mobilize at short notice, ideal for emergencies and any kind of temporary mission, the company said.

According to the head of the Floating WINDdesal project, Joachim Käufler (SIP), it also offers an additional potential:

„Our floating utility unit is ‚mobile’. If necessary, the entire plant can be relocated by sea. As a result of that, requirement for customers to provide securities and guarantees – indispensable for the long-term operation of stationary onshore desalination plants – is significantly reduced or, at best, not required at all. FWD is therefore intended to enable sustainable and cost-effective seawater desalination even in locations where conventional desalination could not be financed.”

Floating WINDdesal combines the aspects of security of supply, sustainability, flexibility and cost efficiency and therefore provides a consistent answer to one of the central challenges of our time - supplying clean drinking water under growing climate and demographic pressure, the company added.

Offshore Engineer has reached to SIP, seeking more details on the technical aspects of the FWD such as the size of the turbine, array deployment options, on the exact location of the expected deployment, as well as on the means by which the desalinated water will be shipped to end users.

Asked whether there was a contract awarded for the deployment of the FWD, the SIP spokesperson said the Demonstration Project "is fully applied for, but not contracted and awarded yet."

Asked to explain what is meant by "extra-long blade technology," the SIP spokesperson said this stood for a wind turbine "with a particularly low ratio between generator power and rotor area."

"Conventional systems on the market have 200 W / m2 and more in this regard. We use a wind turbine design with less than 150 W / m2 for the Demonstration Project," the SIP spokesperson said.

So, how do the end-users get the desalinated water?

Below are the project partners, and their respective  responsibilities, as shared by SIP: