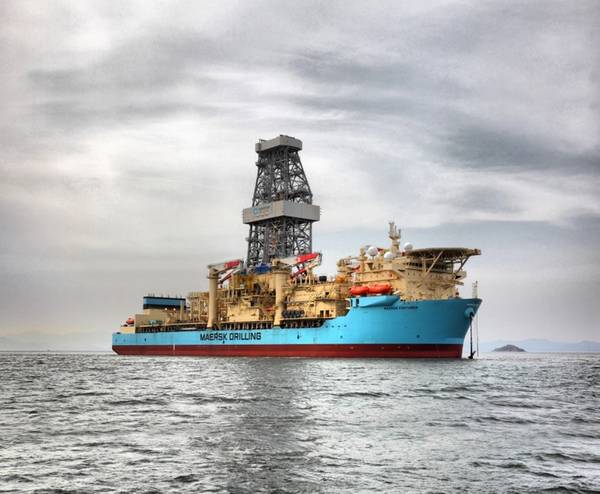 Danish offshore drilling company Maersk Drilling has received a conditional letter of award from oil company Tullow for the provision of the Maersk Venturer drillship and additional services for a development drilling campaign at the TEN and Jubilee fields offshore Ghana.

The final contract is conditional upon certain regulatory conditions being met. Maersk Drilling will publish an announcement upon the conclusion of a final contract, the Danish company added.

Maersk Drilling CEO Jørn Madsen said: "We’re delighted to get this opportunity to secure a long-term contract for Maersk Venturer, as Tullow once again shows confidence in Maersk Drilling’s ability to deliver stable and highly efficient operations to their major development projects in Ghana. This also means that we will be able to continue our work with the Ghanaian community and local suppliers who have previously contributed to our West African operations,”

Maersk Venturer is a 7th generation drillship delivered in 2014. It is currently warm-stacked in Las Palmas, Spain, after finishing a campaign in Ghana for Tullow in 2020.