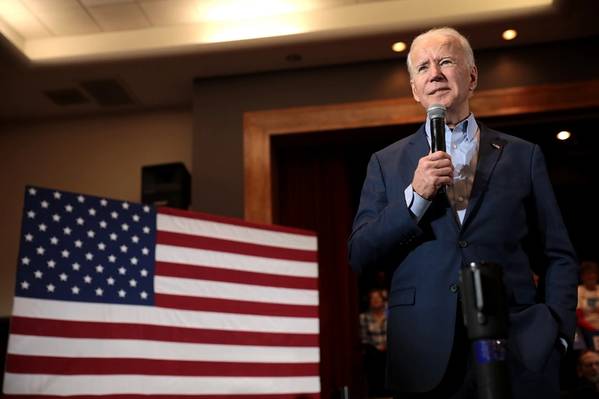 Economic recovery. Climate change. Racial equity. COVID-19. These four issues are at the core of President-elect Joe Biden’s Day 1 priorities. Separately, each issue seems like a monumental challenge with no easy solution. But there is a path forward for each priority offered by America’s offshore energy industry.

The continued success of U.S. offshore oil, natural gas and wind development and production paves the way towards energy security, high-paying and accessible jobs, and capital investment and spending in every state, while our nation produces vast quantities of energy with a much smaller physical environmental footprint, lower air emissions, and more efficient water use and management.

The Gulf of Mexico has long been a domestic energy anchor. Prior to the unprecedented drop in energy demand due to COVID-19, the U.S. Gulf of Mexico was producing close to 2 million barrels of oil per day. In 2019, they symphony of U.S. offshore production involved more than 345,000 men and women across all 50 states, had a GDP impact of $28.6 billion and provided more than $5.4 billion in government revenues.

The industry provides opportunity throughout every corner of the U.S. From the oil and gas companies that make up the fabric of countless Gulf Coast communities to buoy experts in Maine to software companies in Florida to concrete specialists in Hawaii, every U.S. state has businesses and employees linked to the offshore industry.

Every barrel of oil that these men and women help produce is a barrel that our nation does not have to import from countries such as Russia or China. Not only does outsourcing our energy needs to Russia and China send jobs and economic growth overseas, but it also outsources energy production to regions of the world that do not share our level of safety and environmental performance and oversight.

Once offshore oil and natural gas reach American refineries, it provides the plastic components that is used in the medical equipment at the front lines of the COVID-19 response, among many other products. These benefits are nonpartisan and touch every American.

Along with providing recreational opportunities and preserving ecosystem benefits for local communities, the LWCF also enables public access to outdoors areas, including in our urban areas. One program – the Outdoor Recreation Legacy Partnership Program - allocates funds to build new parks or improve existing ones in economically-disadvantaged urban areas throughout the country. More than $28 million has been distributed to approximately 50 disadvantaged communities since its creation by Congress just six years ago. Offshore oil and gas production thus promotes positive environmental justice benefits by helping to make parks and recreation more readily available to underprivileged neighborhoods.

The importance of environmental stewardship and access is a consistent point of bipartisan cooperation, which was shown through the recent signing of the Great American Outdoors Act. The recently signed law permanently funds the LWCF and boosts maintenance funding for our treasured national parks through offshore revenues.

Americans can be able to count on these benefits for decades to come. Oil and natural gas, and lots of it, are going to be needed for the foreseeable future. The firm Energy & Advisory Partners (EIAP) released a study finding that by 2040 Gulf of Mexico oil and gas production could support more than 367,000 jobs, provide $31.1 billion in GDP and $6.7 billion in government revenues.

Wood Mackenzie found the near-term wind lease sales in just four offshore areas - New York, North and South Carolina, Maine and California – could provide 37 gigawatts of new, clean energy, support 80,000 annual jobs, and drive more than $166 billion in new investment by 2035. This is just the tip of what offshore wind can deliver the U.S.

Offshore wind jobs and investment will have a significant economic impact throughout the nation. Whether it is turbine safety equipment providers in Georgia, steel fabricators and heavy lift vessel operators in Louisiana or blade manufacturers in Colorado, the widespread impacts of offshore wind will drive jobs and economic opportunities throughout the U.S.

The U.S. is undergoing an energy transition, but one that is going to need all forms of offshore energy – oil, natural gas, and wind. The offshore energy industry has a track record of innovation and technological advancement that is solving energy challenges, increasing efficiency, and reducing emissions. Not only can we solve energy and climate problems, but we can also scale and deploy real-world solutions.

As President-elect Biden begins building his agenda that coalesces around economic, social and environmental opportunities, he should not forget the opportunity the offshore energy industry can provide. Alignment with the offshore opportunity would be a win for every American. 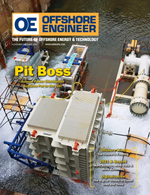