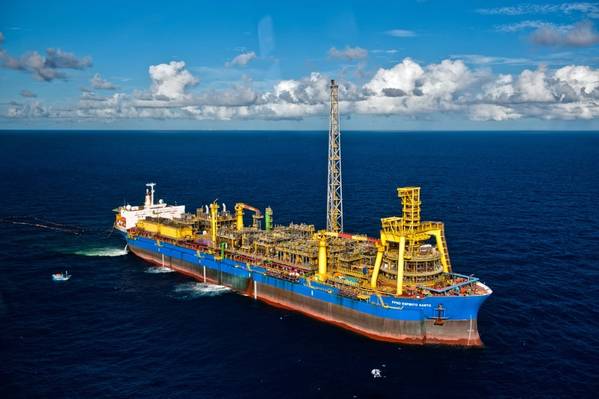 Oil giant Shell has extended the contract for the lease of SBM Offshore's Espirito Santo FPSO in Brazil. SBM Offshore is also in talks with ExxonMobil to extend the FPSO terms in Guyana.

The Dutch FPSO operator said Wednesday that the lease and operation contracts with Shell of the FPSO Espirito Santo would be extended for five years.

This means that the end of the contractual lease and operation period was extended from December 2023 to December 2028.

The Espirito Santo FPSO is used by Shell on the Parque das Conchas complex on BC-10 in Campos Basin offshore Espirito Santo state. The complex encompasses the Ostra, Abalone, Argonauta, and Nautilus fields, according to World Energy Reports. The FPSO started production in July 2019.

Furthermore, SBM Offshore said Wednesday it had started talks with ExxonMobil over potential extensions of the lease and operation durations for FPSOs in Guyana. Offshore Engineer reached out to SBM Offshore, seeking info on which FPSOs are covered by the talks.

"We do not share further information regarding which FPSOs it includes," an SBM Offshore spokesperson said, however, SBM did share with us the current contractual terms for the three Guyana FPSOs. More details below.

SBM Offshore was behind the delivery of Guyana's first FPSO, Liza Destiny, which started production for Exxon in December 2019.

Destiny's contract covers a 10-year lease and operate agreement, however, SBM in 2019 said it had been in talks with ExxonMobil for the oil firm to buy the FPSO after two years of operations.

Apart from Liza Destiny, SBM Offshore will deliver the Liza Unity FPSO, which will be Guyana's second FPSO in production from early 2022.  The lease and operate contract  - under the original deal - covers a maximum period of two years, after which the FPSO ownership and operation would transfer to ExxonMobil.

Also, the company has recently won a contract with Exxon for what will be Guyana's third FPSO - the Prosperity - for the Payara project off Guyana.

Under the contract, SBM Offshore will construct, install, and then lease and operate the Prosperity FPSO at the Payara project off Guyana for a period of up to two years.

After this, the FPSO ownership and operation is expected to transfer to ExxonMobil which operates the giant Stabroek offshore block in Guyana, on behalf of its partners Hess and CNOOC. The first oil is expected in 2024.