Rystad: E&P Spending in 2021 Could Reach $380B. Return to Pre-Crisis Levels Uncertain 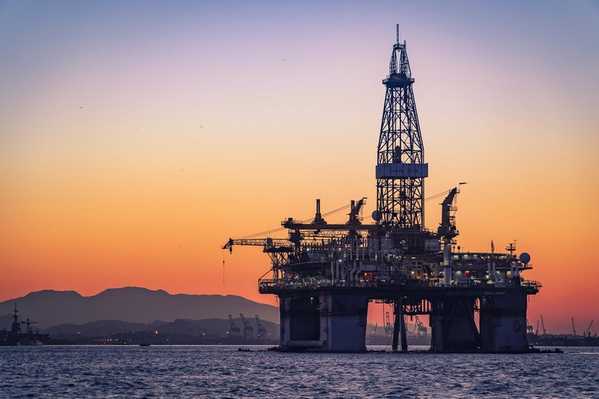 Investments from the global oil and gas exploration and production companies (E&P) in 2021 are forecasted to reach around $380 billion, almost flat year-on-year, a report by Rystad Energy shows.

Approximately 20% or $76 billion of the estimated 2021 investments could be at risk of deferral or reduction, with the remaining amount being categorized in the safer tiers of low and medium-range risk, the Norwegian energy intelligence group said.

"The amount is our base case scenario, but with 2020’s market turbulence fresh in mind and the currently uncertain roll-out timing of the recently announced Covid-19 vaccines, it’s worth expanding the forecast to a range of $350 billion to $430 billion, incorporating some scenario deviation," Rystad said.

No returning to pre-crisis level?

According to Rystad, much of the reduction was due to supply chain and efficiency improvements, leaving little scope for further such reductions this time around.

Instead, Rystad said, E&P players are pulling other levers to weather this market downturn, such as deferring infill drilling programs, projects FIDs and start-ups, reporting significant write-offs on stranded assets, and reshaping their portfolios to stabilize returns.

"As E&Ps are also speeding up a transition into low-carbon energy, it is possible that this time, too, upstream investments will not return to pre-crisis levels in the long-term, even if they do recover somewhat over the next few years,“ says Olga Savenkova, upstream analyst at Rystad Energy. 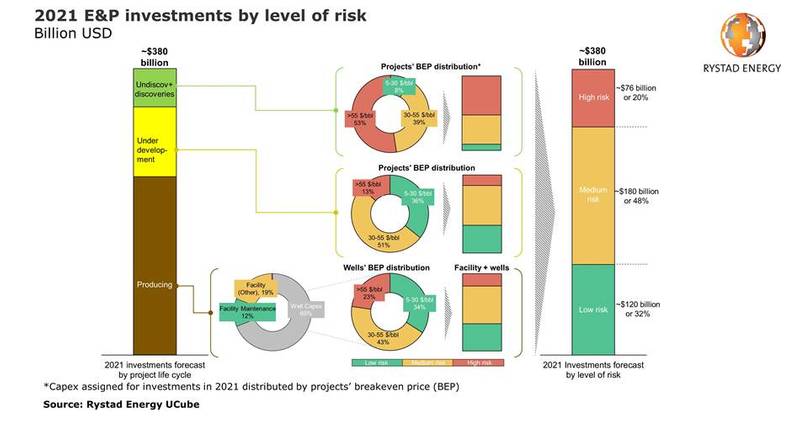 To provide a deeper insight into next year’s expected E&P investments, Rystad has made a risk-weighted analysis of the most critical market indicators to see how much of the total expected 2021 investment is high risk, medium risk and low risk, based on the commerciality of the projects or wells.

Of the total $380 billion of projected investments, about 60% ($234 billion) is likely to come from producing assets, which have two main spending channels: facility and well capex. Within facility capex, about 38% is spent on facility maintenance.

This is believed to be a low-risk category, as operators were forced to postpone most of their planned maintenance programs in 2020 due to coronavirus restrictions and lower oil prices. Maintenance work will therefore have high priority in 2021 to avoid unplanned outages in the future, Rystad said.

A similar logic is applied for the under-development discovered and undiscovered projects, but with the projects’ breakeven price as a reference point.

"We see that 10% of the capex associated with projects under development and 30% of the capex for discoveries and undiscovered projects may face deferral due to weak economics," Rystad said.

"All in all, this analysis shows that about 20% or $76 billion of the estimated 2021 capex could be at risk of deferral or reduction, while roughly $300 billion is considered low or medium risk," Rystad said.