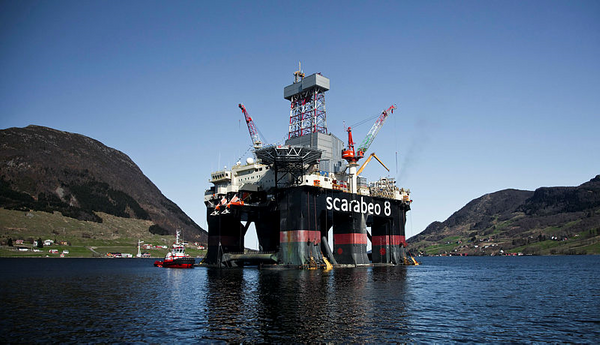 Norwegian oil and gas company Vår Energi has been given consent to use Saipem's Scarabeo 8 drilling rig on the Goliat oil field in the Barents Sea, off Norway.

Vår Energi will use the semi-submersible drilling rig for production drilling on the Goliat field, which started production in 2016.

To remind, Var Energi in July said it would resume drilling offshore Norway after it had postponed drilling operations in the spring due to the corona pandemic and oil price collapse. The company said that the temporary changes in the petroleum tax, adopted by the Norwegian parliament in June, helped with the decision to restart offshore drilling operations.

The Barents Sea drilling campaign, as shared by Var Energi in July, includes two production and one water injection well at the Goliat field.

The Scarabeo 8 is a semi-submersible drilling rig of Moss CS 50 Mk II design.

It was built at the Fincantieri Shipyard in Palermo, Italy, and completed at the Westcon yard in Ølensvåg in Rogaland county in 2011.

The drilling unit received an Acknowledgement of Compliance (AoC) from the PSA in 2012. According to MarineTraffic AIS data, the rig is scheduled to arrive at the Goliat location on Monday evening local time.