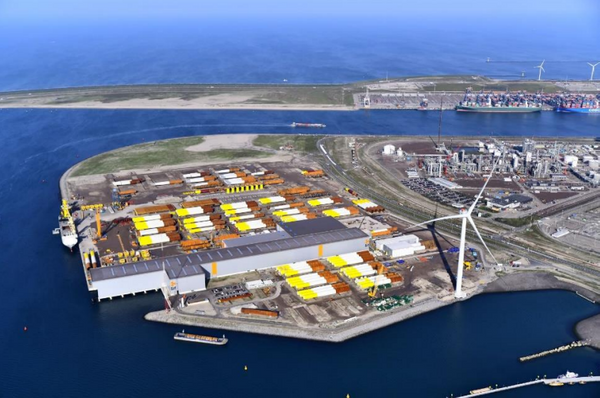 Under the contract, Sif Netherlands and Smulders Projects Belgium will manufacture all monopiles and transition pieces for the Dogger Bank A& B project located in the North Sea off the North East coast of England.

The Dogger Bank Wind Farm is being developed in three phases – Dogger Bank A, Dogger Bank B, and Dogger Bank C – located more than 130km from the Yorkshire coast. Collectively they will become the world’s largest offshore wind farm.

Each phase will have an installed generation capacity of 1.2GW. Combined, they will have an installed capacity of up to 3.6GW and will be capable of powering more than 4.5 million UK homes. Dogger Bank A and B will require 190 foundations. Water depths at Dogger Bank vary from 18 to 63 meters. Each foundation comprises a monopile and a transition piece.

Under the contract awarded to Sif-Smulders JV, Sif is responsible for the fabrication and supply of the monopiles and primary steel for the transition pieces, and for the marshaling of all foundation components at its Maasvlakte 2 Rotterdam terminal.

Smulders will manufacture the secondary steel and assemble, coat, and test the fully equipped transition pieces. Production in the Smulders’ facilities in Poland and Belgium will begin in May 2021. The assembly, which will be done at the Hoboken facility, is scheduled to start in September 2021 and will take approximately 10 months.

The monopile foundations and transition pieces will be designed by UK-based designers Wood Thilsted. Transportation and installation for the foundations will be carried out by OHT's Alfa Lift vessel, with installation due to begin summer 2022.

"The consortium is committed to include UK local content on the transition pieces for the projects in close cooperation with the Dogger Bank team," the Sif-Smulders consortium said.

Fred van Beers, CEO of Sif Holding: "With this biggest award ever to Sif, the projects still in exclusive negotiation and the strong tender pipeline, Sif’s mid-term order pipeline is now looking very robust." The financial details of the deal were not disclosed.

Wind turbine installation is scheduled to begin in 2023 at Dogger Bank A, which is expected to become operational during the same year. The project will feature GE’s giant 13MW Haliade-X wind turbines for the first two phases.