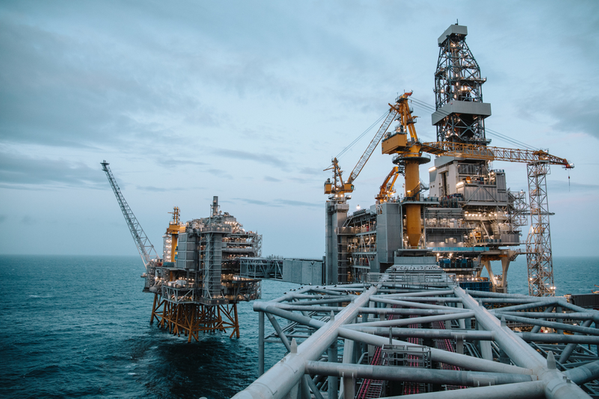 Norway's Johan Sverdrup oilfield, the largest in western Europe, is ramping up production in the fourth quarter after the government increased its production permit, Lundin Energy, a partner in the field, said on Friday.

Equinor-operated Sverdrup increased its production capacity to 470,000 barrels of oil equivalent per day (boed) in March from an original 440,000 boed, but output was soon after capped by government-imposed limits.

Norway in May joined OPEC and other producers in voluntary output curbs to help prop up oil prices as the novel coronavirus pandemic undermined demand.

Maintenance work and technical problems at some fields cut output more than expected in the third quarter, however, and the shortfall can be made up in the final three months of the year.

"During November, we will be further testing capacity at Johan Sverdrup, and we expect that we will be able to show that we can produce above 470,000 boed," Lundin's Chief Executive Alex Schneiter told a call with analysts.

The new permit will allow the field to produce at maximum capacity, and there will be no limit for testing," he added.

Norway's Oil and Energy Ministry, which imposed the curbs, and Equinor, which has a 42.6% stake in Sverdrup, were not immediately available for comment.

Other partners include Total, Aker BP and Petoro.

Lundin, which has a 20% stake in Sverdrup, said the field produced net 89,800 boepd for the company in the third-quarter, putting the total field output at 449,000 boepd.

The company also said the government had increased the production permit for the Edvard Grieg field to the maximum capacity.

Lundin earlier on Friday raised its output forecast for the full year.

The CEO said he didn't expect the Norwegian government to extend production curbs beyond 2020, despite a new wave of the COVID-19 pandemic.

"I haven't had any signals on that front whatsoever," Schneiter said.