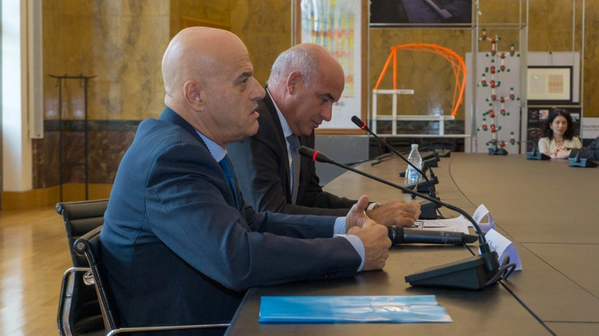 Eni Chief Executive Claudio Descalzi should be acquitted of corruption in a legal case concerning the purchase of an oilfield in Nigeria since there is no evidence to support the charges, Descalzi's lawyer told a Milan court on Wednesday.

Speaking in the court hearing, Paola Severino said the prosecutors' case against Descalzi consisted simply of "suggestive elements" of no criminal significance that were aimed at papering over a "lack of evidence."

She called for the Eni CEO to be unreservedly acquitted since there was no case to answer.

Descalzi is one of 13 people charged with international corruption over a deal to buy one of Nigeria's biggest oilfields in 2011. Eni and oil group Shell are also accused of corruption.

Eni and Shell and the managers involved, including Descalzi, have all denied any wrongdoing.

In one of the oil industry's biggest potential scandals, Italian prosecutors allege Eni and Shell acquired the Nigerian offshore oilfield, knowing most of the $1.3 billion purchase price would go to politicians and middlemen in bribes.

Severino said Descalzi had always acted "scrupulously" and had always been opposed to any action that did not comply with the rules.

In July, Milan prosecutors asked for a jail sentence of eight years for Descalzi.