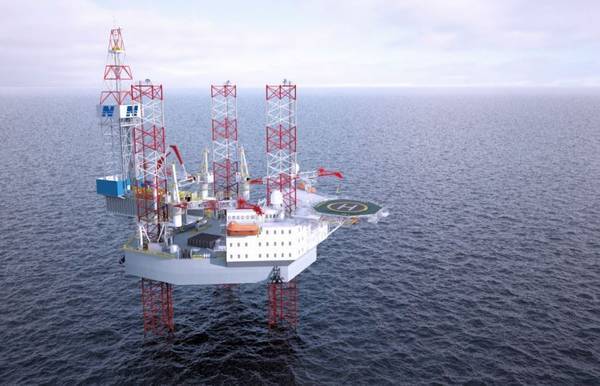 The Energy Enticer is the first of three Northern Offshore's offshore drilling rigs to start long-term contracts with Qatargas on behalf of Qatar Petroleum. The rig was delivered in 2019 by Shanghai Waigaoqiao Shipbuilding shipyard in China.

The rig, together with its sister unit Energy Edge, was last year awarded a four-year firm contract (plus options) to drilling in Qatar as part of QP's North Field Expansion Project. In January 2020, QP hired another rig from Northern Offshore - the Energy Embracer.

Commenting on the start-up of operations for the Energy Enticer, Northern Offshore's Chairman and CEO Dr. Yuanhui Sun said: "We are very proud to announce this significant milestone in the history of Northern Offshore.

"The superior level of commitment shared by our customer, Qatar Petroleum, and Northern Offshore's rig-based and onshore teams has allowed us to successfully overcome the uncertainty and operational challenges from Covid-19 and focus on delivering the first of our four high specification new build jack-ups into the Middle East region."

According to VesselsValue, the Energy Enticer's four-year contract - which should've originally started in April - has a day rate of $80,000.