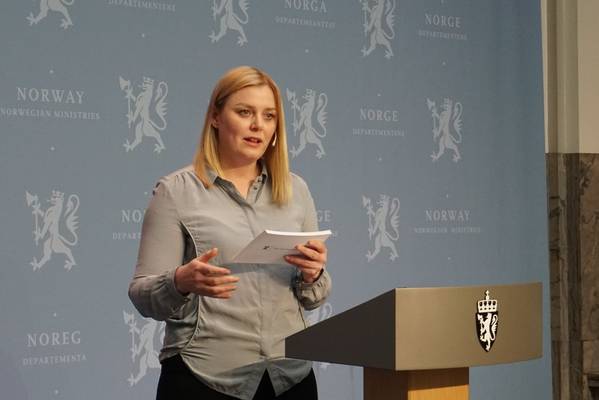 The Norwegian authorities have received applications from 33 oil companies for the offshore acreage to be awarded in the licensing round Awards in Predefined Areas (APA) 2020.

Norwegian Minister of Petroleum and Energy, Tina Bru: "In a challenging year for the petroleum industry, I am very pleased with the interest shown by the companies for new licenses on the Norwegian Continental Shelf (NCS). We have received a large number of applications, and this is important in order to make discoveries that will contribute to long-term value creation, employment and state revenues."

Awards in Predefined Areas (APA) is an annual licensing round for the best-known areas on the Norwegian Continental Shelf. It now includes the larger part of all available exploration acreage, including the majority of the North Sea, large parts of the Norwegian Sea, and an ever-increasing area in the Barents Sea.

At the application deadline September 22, the Ministry had received applications from a total of 33 companies.

As shared by the ministry, the applicants constitute a broad variety of companies, ranging from large international companies to mid-sized companies and smaller exploration companies.

"The total number of applications is high, and at around the level of the last few years' large licensing rounds," the ministry said.

"Predictable and stable framework conditions and an active licensing policy are two of the main pillars in the Government's petroleum policy. The high interest expressed by the companies in new exploration acreage shows that our long term petroleum policy has the desired effect, also during challenging times," Minister Bru said.

"It’s gratifying to see the continued high level of interest in investigating new exploration acreage, even though there have been many awards in the last two APA rounds," says the Norwegian Petroleum Directorate’s (NPD’s) exploration director, Torgeir Stordal.

The NPD will now start the work of evaluating the applications with a focus on geological understanding and plans for exploration of the areas. When production licenses are awarded, the emphasis is also placed on the companies’ technical expertise and experience, as well as financial strength.

The ministry plans to award new production licenses in the announced areas at the beginning of 2021.

Below is the list of all the companies that have applied for the APA 2020 acreage, as shared by the Ministry of Petroleum and Energy: