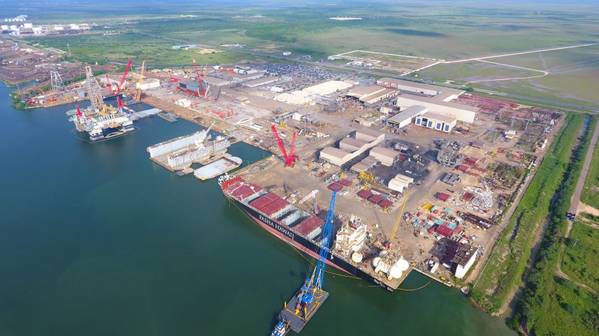 The orders include the construction of a Floating Storage Regasification Unit, as well as the largest U.S. hopper dredger.

In Singapore, Keppel Shipyard is undertaking the conversion of a Liquefied Natural Gas (LNG) carrier to a Floating Storage and Regasification Unit (FSRU) bound for the Port of Acajutla, El Salvador.

In the United States, Keppel AmFELS will be constructing a Trailing Suction Hopper Dredger (TSHD) for Manson Construction Co.

The TSHD, to be named Frederick Paup, will be the largest in the United States. It will also be the first dredger built at Keppel AmFELS’ yard in Brownsville, Texas.

When completed, the dredger will have a hopper capacity of 15,000 cubic yards and will operate primarily in the Gulf Coast and Atlantic Coast of the United States. It will be Jones Act Compliant and built to the requirements of the classification society, American Bureau of Shipping (ABS).