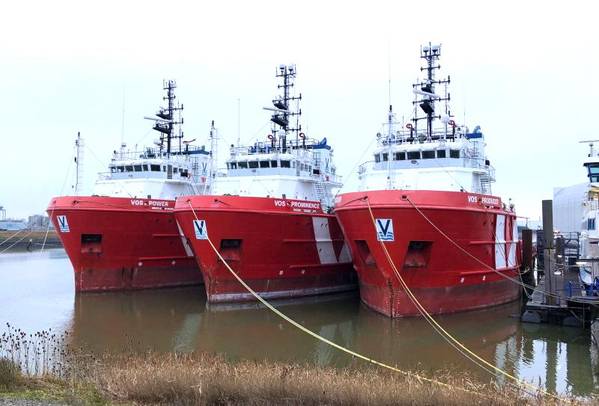 The 2006- and 2007-built VOS Power, VOS Producer and VOS Prominence will be mobilized to a ship-recycling facility during the second half of this month to be dismantled in compliance with EU/national laws and all applicable international regulations and guidelines, the company said, adding that components and materials from the ships will be recovered in a safe and environmentally sound manner for reprocessing and reuse to the largest extent possible.

Over the years, the three PSVs had worked for a number of oil and gas operators in the North Sea, but had been laid up "for some time" in the Netherlands, VOS said.

"Although kept well maintained and in excellent technical condition throughout this period, the recent downturn in offshore oil and gas markets and continuing negative employment outlook resulted in a recent decision to divest the units," VOS said.

VOS said it will continue to operate an extensive fleet of modern offshore-support vessels, including 17 PSVs, from offices in Aberdeen, Den Helder, Genoa, and Singapore.