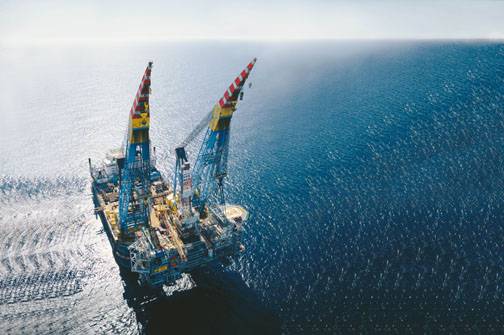 The global heavy lift vessel market is a difficult place to be. Utilization for the fleet has remained depressingly low since the first oil and gas downturn in 2014, currently hovering around 33% for the global fleet with a lift capacity of over 800 tonnes, according to IHS Markit’s ConstructionVesselBase.

Fixed platform installation work, the traditional market driver for the heavy-lift fleet in oil and gas, has seen demand fall significantly. According to global figures from IHS Markit’s FieldsBase, 190 fixed platforms were installed in both 2013 and 2014, rising to 219 in 2015. The slowdown in field development activity since then has seen the number of fixed facilities installed slump to 118 in 2017, although this has improved to 147 installations in 2019.

ConstructionVesselBase tracks a total of 127 vessels worldwide with a lift capacity of 800 tonnes or more, with a further 12 vessels currently under construction.

However, this is a fleet which is heavily regionalized – 45% of these vessels are barges, capable only of working in benign waters in Asia Pacific, while a quarter are jack-up units, most of which have been purpose-built for the offshore wind market. The majority of the semi and ship-shaped units, meanwhile, are marketed for harsh and deep regions.

Meanwhile, only nine vessels globally, are capable of lifts of 5,001 tonnes and over.

On a global level, comparing the fleet by their lift capacities, utilization has been weak across the board – ranging between 32% to 46% for 2019 for the four lift categories in the chart above. Age and hull type also throw up a few uncomfortable home truths. Vessels in this fleet aged 25 years or over had just 26% utilization last year. The vast majority of vessels in this age bracket are barges, suggesting that attrition at this end of the market is badly needed to bring back a more reasonable balance between contractor and operator.

Market conditions, however, have been universally tough and the prolonged contraction of the field development market has forced heavy lift vessel owners with capable units to look elsewhere – namely the decommissioning sector and offshore wind. 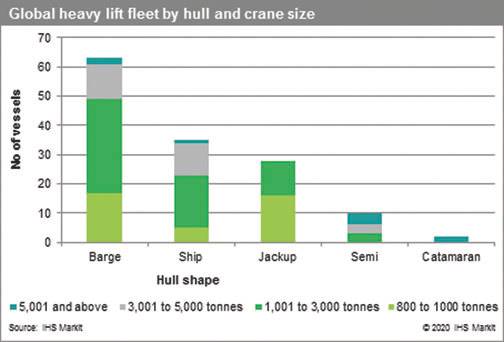 Despite a sharp increase in the number of projects and platforms requiring removal – especially in Northwest Europe, where, according to FieldsBase, we have over 120 fixed platforms scheduled for removal, the decommissioning market comes with its own set of problems. Removal programs are often subject to budget cuts and delays and are low priority for operators looking to reign in expenditure during lean times. The over-supply of heavy lift vessels at the low end of the market – particularly for the removal of smaller wellhead facilities in shallow waters – has seen a competitive, cut-throat market emerge.

Meanwhile, although major contractors such as Seaway Heavy Lifting, Boskalis, Heerema Marine Contractors and Scaldis have long had some involvement in the offshore wind market, the lack of installation work in the oil and gas sector has expediated their move into the renewables market, where they have also now been joined by Saipem. The Italian contractor’s 1987-built Saipem 7000 was first utilized in offshore wind for Equinor’s floating Hywind project offshore Scotland in 2017.

Although it has since worked in offshore wind substation installation, the vessel, which is capable of heavy lift operations up to 14,000 tonnes, will start its first major foundation installation campaign in the sector next year, when it will be utilised for jacket installation at EDF Renewables' Neart na Gaoithe (NnG) project, offshore Scotland.

The action has not been confined to Europe either;  in the Asia Pacific region, oil and gas contractor Sapura Offshore's LTS 3000’s first foray in the offshore wind market was thwarted after the vessel’s crane boom collapsed during a construction scope at ONGC's Cluster 8 marginal field development project in Mumbai High. The vessel had been due to undertake the transport and installation of 80 monopile foundations for the Yunlin offshore wind farm in Taiwan, but was replaced at the last minute by Seaway Heavy Lifting’s Seaway Yudin.

The movement between markets, however, has not been a one-way street, with specialist wind contractors including Swire Blue Ocean, DEME, and Fred Olsen Windcarrier all recently completing decommissioning scopes within oil and gas. Swire Blue Ocean was the first pure offshore wind contractor to look the other way and dip its toes in the decommissioning market, with the removal of the H7 and B11 platforms in the German sector in 2013 and 2015 respectively, utilizing both of its six-legged jack-up vessels, Pacific Orca and Pacific Osprey.  DEME Group followed suit, with the removal of Petrogas’ Q1 Halfweg platform in the Dutch sector in 2019 with jack-up Apollo.

Meanwhile, at the start of this year, Fred Olsen Windcarrier’s Blue Tern jack-up completed the removal of Perenco’s Tyne and Guinevere platforms in the UK sector. 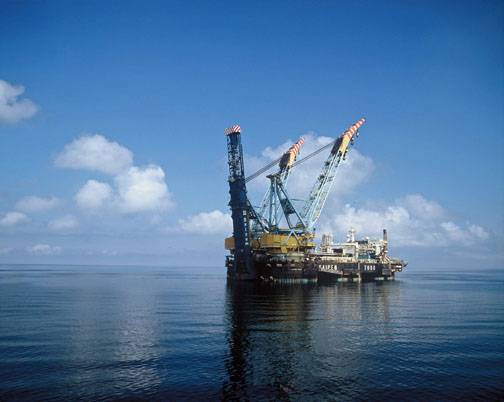 A difficult market – but newbuilds nonetheless

The global heavy lift vessel market is a difficult place to be, but it is also a contradictory one. Contractors have scrabbled to secure work within three sectors – field development, decommissioning and offshore wind – and utilization is a struggle. Yet, last year saw orders for five heavy-lift units being placed, and this year has so far seen a further two orders being placed, as well as Boskalis starting work on a former drillship to convert it into Bokalift 2.

In total, of the 12 heavy-lift vessels currently under construction, seven are destined for the offshore wind market. One of the main market drivers has been the rise of the offshore wind market in the Asia Pacific with two of these vessels being directed at the burgeoning Japanese wind sector, and with two directed at the Taiwanese market. The increasing size and scale of offshore wind foundations and turbines – with first orders for 12 MW and 15 MW models already secured – has also been a significant factor.

The pace at which turbine technology has moved, however, raises questions for the installation fleet. According to data from ConstructionVesselBase, excluding the Chinese market, and excluding vessels which are primarily used for substation installation, just over 20 vessels are currently involved in the installation of foundations and turbines. Nearly all of these vessels are less than 10 years old. Yet, the fact that nine of these vessels have lift capacities between 800 to 1,000 tonnes suggests that without significant upgrades, within a few short years, they could face relegation from wind installation work to maintenance work – or be forced into other markets.

Since 2018, utilization for this particular fleet has hovered at around 50%, and already it has become apparent that the smaller units are being overlooked in favor of those with larger deck spaces and cranes. Whilst the market drivers for the offshore wind installation fleet are obvious, the debris left in the wake of the recent glut of newbuilds could create further oversupply within oil and gas, decommissioning, and the wind maintenance market, in a vessel segment which is already clearly struggling. 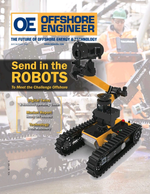