Erdogan: No threats can Deter Turkey's Exploration in Mediterranean 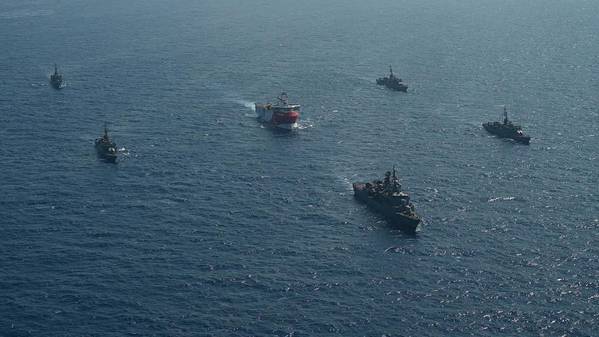 No threats can deter Turkey from seeking natural resources in the eastern Mediterranean, President Tayyip Erdogan said on Wednesday, adding that Ankara expects actors in the region to take steps to de-escalate tensions.

Greece and Cyprus are locked in a dispute with Turkey over overlapping claims to areas potentially rich in resources. Two Turkish survey vessels are in areas claimed by the three countries.

On Tuesday, Cyprus said it was willing to engage with all its neighbors on defining maritime boundaries.

"Turkey is determined to seek its rights in the eastern Mediterranean until the end," Erdogan said in a speech in Ankara.

"No colonialist power or threat can deter our country from the oil and natural gas resources believed to be in the region," he said, adding Ankara wanted to solve the dispute through dialogue and diplomacy, rather than escalate tensions.